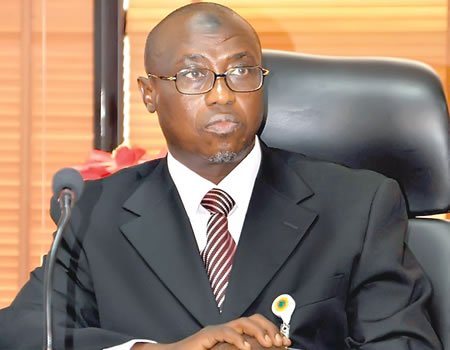 Group Managing Director of the NNPC, Dr. Maikanti Baru, stated this in Abuja, during a visit by officials of the Chartered Institute of Forensic and Investigative Auditors of Nigeria, CIFIA, to the NNPC. During the visit, Baru was made a honourary Fellow and Patron of CIFIA.

Baru also disclosed that the NNPC had been able to resolve its disagreement with IPCO Limited and succeeded in paying only $37.5 million out of the $400 million the company was requesting.

He explained that the recovery and successes recorded in all these controversies became possible following its insistence that all its staff and business partners imbibe transparency in all areas of their operations.

Baru further stated that the NNPC’s anti-corruption stance had paid off substantially, as the reported cases of fraud in the corporation had reduced drastically.

He said, “Our anti-corruption stance has paid off, because we see successive adherence to due process; we have seen less reported cases of corruption; and we were able to get the buy-in of staff, to be able to identify areas where corrupt cases are likely to happen and it helps to ensure that the processes are modified to prevent corruption.”

“There is a lot of sanity that has happened in the industry as a result of this. Recently, due to the work, we were able to get the Atlantic companies who were fleecing the NNPC subsidiary, the NPDC, and we got an award for them to refund $1.6 billion to the NPDC, through the arbitration process. This is just one.

“We have also been able to stem fraud. High profile court cases were been set up to defraud the NPDC. If you see the amount of money involved, if you do not have people who are determined to fight corruption, our chances would have been compromised by over $1.6 billion.

“We have had cases, like NNPC versus IPCO, where they are demanding over $400 million, and because of their activities we were able to settle out of court with them for $37.5 million, which is a saving of several percentages, about less than 10 per cent of the total amount.”

Also speaking, Pro-Term President of CIFIA, Dr. Victoria Enape, said the institute had observed Baru since his assumption and had recognized his stance as a champion of anti-corruption in the NNPC.

She said, “We believe that NNPC should be one of the organizations free from corruption, having somebody like you who is a champion of corruption,” she noted.

Enape commended Baru for ensuring that petroleum distribution in Nigeria was free of corrupt practices and diversion, as well as his determination to eradicate corrupt practices during the importation and export of petroleum products in the country.

“We are optimistic our partnership with NNPC will be productive and the impact of the fight against fraud, corruption and cybercrimes will be felt in the country,” she added.