NNPC refineries to supply 30% of local fuel requirement by Q1

Sam Ikeotuoye 03 December 2015, Sweetcrude, Lagos – The Federal Government plans for the local refineries to produce up to 30 percent of the nation’s requirement for the premium motor spirit, PMS – popularly known as petrol or gasoline – by the first quarter of 2016, a top refinery official has said. 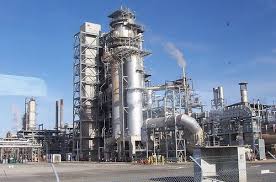 This would be after some or all of the four government-owned refineries in Kaduna, Warri and Port Harcourt resume production over the next few weeks after a three-month turn-around maintenance.

News of the government’s plan for the refineries came as there were indications that Nigerian January crude supply was piling pressure on differentials.

Qua Iboe and Bonny Light exports for January will both be higher than for December, while around 30 million barrels of oil for the earlier month are still available for sale, traders said.

Making sales to Asia of Nigerian and Angolan oil more challenging, dated Brent’s premium to Dubai oil was around its highest since July 2014 DUB-EFS-1M.

Angola’s Sonangol has increased initial offers on its oil for January export compared to the previous month, but traders said that they would struggle to achieve buying interest, as buyers were scarce and competition from oil from other regions fierce.

December official selling prices for Nigeria’s largest stream, Qua Iboe, as well as Bonny Light, hit their lowest levels in more than 10 years, highlighting the toll the fight for market share had taken on selling prices.