NNPC says over 3,000 vehicles in Benin powered with CNG 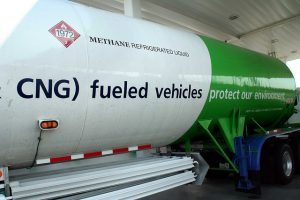 According to Group Managing Director of the NNPC, Dr. Maikanti Baru, this is part of the progress by the NNPC in its efforts to enhance the use of CNG to power vehicles across the country.

He also disclosed that the corporation was exploring other sources of energy that could substitute Premium Motor Spirit, also known as petrol, in cars and motorcycles.

Baru, who spoke at a town hall meeting with staff of the corporation in Abuja, described the introduction of the CNG to the 3,000 motorists in Benin City as a right step in the right, maintaining that with the development, they have become exposed to more secured and efficient fuel that is also a cleaner source of energy.