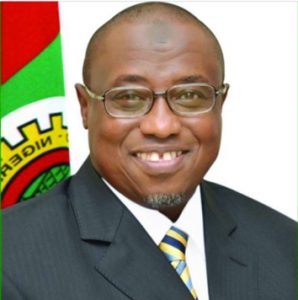 Dr Maikanti Baru, the Group Managing Director (GMD), sought for the clarification at the 2018 conference of the Association of Energy Correspondents of Nigeria in Lagos.

He said that the bill focused on key governing institutions in Nigeria’s oil and gas industry and also aimed at separating the regulatory, policy and commercial roles of public sector agencies.

Baru said it also allocated respective roles to agency properly positioned to perform them and that it was important to adequately clarify the funding pattern for the proposed NPAMC and the Liability Management Company (NPLMC).

The GMD, represented by Mr Roland Ewubare, the Group General Manager, Nigerian Petroleum Investment Management Services (NAPIMS), suggested that the NPAMC should be structured in form of an agency rather than a company.

He said that this should be so in consideration of its limited role in the administration of Production Sharing Contract assets as similar institutions across the world were structured as agencies like Petoro in Norway.

The NNPC boss said that the National Oil Company had historically experienced frequent board and management leadership changes which had impacted on the corporation’s performance.

“The issuance of well defined contract terms to the executive directors may address this issue.

“The newly established commercial entities are expected to be governed in line with the provisions of the Code of Corporate Governance issued by the Securities and Exchange Commission.

“However, the Bill does not include recommendations to address possible conflicts that may arise between its provisions and those of the SEC Code,” Baru said.

To prevent this possible ambiguity, he said there was the need to emphasise the superiority of the provisions of the Bill over those of the SEC Code in the event such conflicts arose.