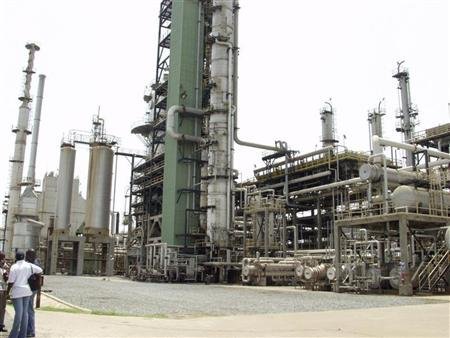 Abuja — The Nigerian National Petroleum Corporation, NNPC, Saturday, stated that the country’s four refineries in Port Harcourt, Warri and Kaduna, would return to full production of crude oil by 2022.

In a statement in Abuja, Group Managing Director of the NNPC, Mallam Mele Kyari, who stated this during a facilities tour of the Port-

Harcourt Refining and Petrochemical Company, PHRC, also disclosed that full rehabilitation of the refineries would commence January, 2020.
Kyari noted that making the refineries to operate at optimal capacities was a mandate that NNPC as a corporation would leave no stone unturned to actualize, saying a timely delivery of the asset was a priority.

He said, “We will stick to time; we will deliver this project by 2022. We will commence actual rehabilitation work in January. We will do everything possible between October and December to close out all necessary conditions for us to deliver on that project. I believe that with the support that we have from the shareholders – government of this country, the entire staff of this company and the contractors, I believe it is doable and we will deliver the project.”

He tasked the contractors on the need to consider their reputation as most critical element in business processes and engagements.

“It’s no longer about business now, but a reputational issue. For the original builders of the refinery, Tecmmont, Eni/NAOC and NNPC, let us be conscious of the fact that our reputation is at stake as far as this project is concerned. The NNPC leadership has promised this country that our refineries will work, therefore, we must work not to disappoint over 200 million Nigerian stakeholders,” he asserted.
Also Read: Oil theft cost Nigeria $1.35bn, group urges legal task force

The NNPC boss challenged the PHRC management to ensure that the nation’s indigenous engineers and other professionals working in the refinery are fully engaged to participate actively during the rehabilitation exercise and own the process.

According to him, the involvement of the indigenous workers would build capacity, save cost and introduce an era of steady and uninterrupted production curve that will grow the oil and gas industry.

In his presentation on the progress and milestones on Phase 1 of the projects, the Tecmmont Project Manager, Mr. La Mattina Carmelo, informed that the inspection aspect of the project has progressed to 91 per cent and Final Report and EPC Proposal stood at 75 per cent, adding that his company would deliver the first phase of the rehabilitation within three weeks from now.

He assured that there were no challenges as the project was progressing efficiently, pledging to offer its best services to ensure a timely delivery.

In the same vein, the project consulting company, Eni/NAOC, represented by its project manager, Daniele Tamburini, confirmed that the work done so far by the NNPC and Tecmmont complied with global standard.

Tamburini said his company was ready to receive the full report of the scoping for final assessment and support the corporation to deliver the project in record time, saying that the initiative was a good business for Nigeria.

Earlier in his address, the Managing Director of the PHRC, Mr. Abba Bukar, expressed appreciation to Kyari for his deep commitment in ensuring that the refinery works for the benefit of Nigerians.
like us facebook