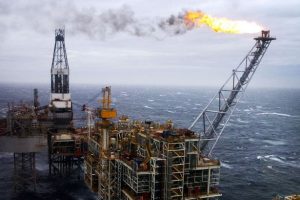 05 August 2017, Lagos — Nigeria’s state oil company said on Thursday it had signed financing agreements with Chevron and Shell worth at least $780 million to boost crude production and reserves.

The Nigerian National Petroleum Corporation (NNPC) said a joint venture agreement with Chevron Nigeria Limited would see the development of proven and probable reserves of 211 million barrels at the joint Sonam project.

“The project is expected to begin to bear fruits in (the) next three and six months,” NNPC said in a statement, adding it was targeting production of 39,000 barrels per day of liquids and 283 million standard cubic feet of gas per day.

It also said a joint venture with Shell Petroleum Development Company would lead to the development of a project comprising of 156 development activities across 12 oil mining licences in the Niger Delta oil hub.

NNPC said the deal with Chevron would provide the $780 million needed to complete the Sonam project on which the U.S. company has already spent $1.5 billion.

NNPC said the project with Shell, called Santolina, required third-party funding of $1 billion, without saying whether this was covered by the deal.

The OPEC producer has struggled to fund its part of joint ventures with foreign partners through so called cash-calls which often got delayed in parliament.

Nigeria has been since last year holding talks with oil majors over new finance agreements for joint ventures.