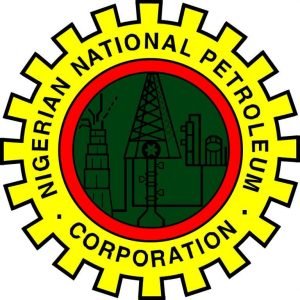 The Corporation disclosed this in a statement signed by the Group General Manager, Group Public Affairs Division of the NNPC, Mr. Ndu Ughamadu, in Abuja, on Tuesday.

He said that the global tanker fixture’s report had acknowledged the chartering of LRI tanker, MV Atlantica Bridge by NIDAS to load jet fuel from El Dekheila Port, Egypt for delivery to Nigeria for Duke Oil.

He noted that NIDAS would optimize right of first refusal offer in the NNPC annual crude oil term and Direct-Sale-Direct Purchase, DSDP, agreements with off-takers.

“Under the terms of the deal, the off-takers are obligated to offer the NNPC shipping subsidiary the right of first refusal in freighting of cargoes.

“The re-entry of NIDAS into the international shipment of crude oil and petroleum products was seven years after falling out of reckoning in the global oil freight trade.

“NIDAS’s re-entry was in tandem with the ongoing strategic re-engineering of some NNPC subsidiaries to ensure multiple income streams and value addition to the corporation in line with the aspiration of the corporation’s Group Managing Director, Mr. Maikanti Baru,’’ he said.

He explained that NIDAS has established a robust chartering and operation desk in its UK office to help the company secure sea-going vessels from the spot market to herald its market re-entry and foster a strong competitive edge.

Ughamadu further said that the long-term aspiration of the company was to own and operate fleet to secure a significant market share in the global shipping market.

This development, he said, was part of Baru’s 12 Business Focus Areas (12BUFA), which he unfolded when he took over the leadership of the corporation in 2016.

Incorporated in 2007 as a Joint Venture between NNPC, Daewoo Shipbuilding and Marine Engineering Company Limited (DSME), he added that NIDAS is presently a wholly owned subsidiary of the corporation.

“Subsequently, a Board of Directors was inaugurated by the GMD with Mr. Henry Ikem Obih, Chief Operating Officer Downstream, as chairman, while Mr. Lawal Sade was appointed Managing Director with a mandate to drive the turn-around process and effective re-entry strategy of NIDAS into the international oil shipping business,” he added.