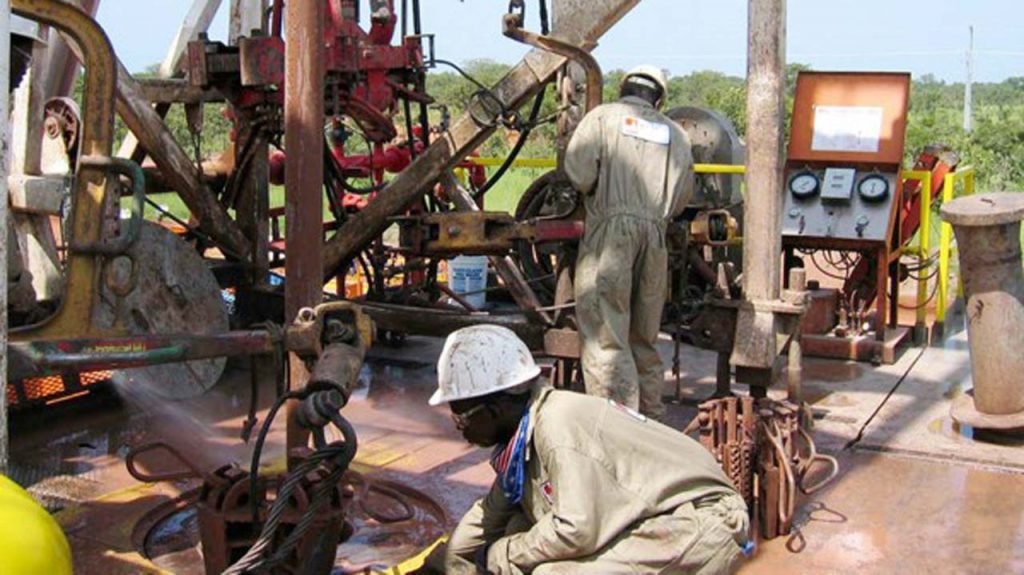 This was revealed by the Corporation’s Group Managing Director, Maikanti Baru shortly after being conferred with the honorary fellowship of the Society in Kano, on Tuesday.

According to him, the wells will be drilled in areas that it has acquired 1, 961kmsq 3D seismic data out of 3,550 sq. km planned.

Past reports on Nigeria’s oil exploration in the frontier basins had indicated that between 1977 and 1996, the Nigerian National Petroleum Corporation (NNPC) commenced exploration activities in the Chad Basin during which 23 wells were drilled and only two wells – Wadi-1 and Kinasar-1, recorded non-commercial gas discoveries before exploration was suspended in the Chad Basin in 2000 for lack of commercial finds.

However, the government signaled its intention to resume its oil search in the Chad Basin following signals by the military that it was now safe to get back to the venture.

As part of the renewed effort, the NNPC subsequently announced it was stepping up measures to ensure a successful search for crude oil in the Chad Basin and other parts of the inland sedimentary basin.

Exploration has however stalled due to security challenges in the northern region.

According to the statement, NNPC added that it would be going into the deeper Maiduguri sub-basin to acquire more 3D seismic data as soon as normalcy returns to the Chad basin.

“While waiting for normalcy to return to the Chad Basin, we have stepped up efforts in the Lower Benue Trough. So far, we have acquired 20km of 2D data out of the planned 455km 2d seismic data,” he added.

On the Gongola Basin, Dr. Baru said four wells were also being planned for drilling to further test the prospects identified around Kolmani River-1, Nasara-1 and Kuzari-1 in 2018.