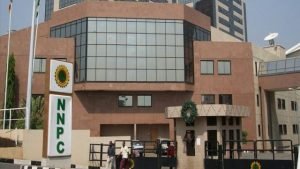 NNPC spokesman, Mr. Ndu Ughamadu, said this in a statement in Abuja on Sunday.

Ughamadu said this followed last week’s successful execution of contract agreements for the engineering, procurement, construction, commissioning and financing for Lots 1 & 3 of the over $2.8 billion trans-Nigeria gas pipeline project.

The AKK pipeline has been described as the single biggest gas pipeline project in the history of oil and gas operation in Nigeria.

He noted that, “Upon completion, 24 months from now, the AKK gas pipeline would enable connectivity between the East, West and North, currently non-existent. It would also enable gas supply and utilization to key commercial centres in the Northern corridor of Nigeria with the attendant positive spin-off on power generation and industrial growth.”

He said that the contract was awarded to a consortium of indigenous and Chinese entities under a 100 per cent contractor financing model.

Ughamadu said that Lot 1 with total length of 40inch x 200km stretching from Ajaokuta to Abuja Terminal Gas Station awarded to the OilServe/Oando Consortium had a contract value of about $855 million.

According to him, “Lot 2 whose contract agreement is yet to be executed covers 40inch x 193km, stretching from Abuja to Kaduna with contract value of about $835 million.

“Lot 3, which runs from Kaduna Terminal Gas Station (TGS) to Kano TGS with total length of 40inch x 221km, was awarded to the Brentex/China Petroleum Pipeline Bureau (CPP) Consortium under a contract value of about $1.2 billion.

“The above brought the total value of the entire project to over $2.8 billion as approved by the Federal Executive Council at its 46th meeting on Dec. 13, 2017.

Between 2010 and now, almost 500km of pipelines had been completed, commissioned and now delivering gas.

“With the growth in infrastructure, gas, hitherto inaccessible and flared, is now being utilized.

“Nigeria has seen the most aggressive drop in gas flaring from a peak of 2500mmcf/d few years ago to about 700mmcf/d currently and reducing,” Ughamadu said.