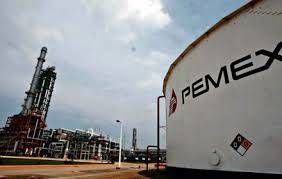 With $106 billion in financial debt, Pemex is the world’s most indebted oil company and is teetering on the brink of having its debt downgraded to below investment grade.

“We don’t believe Pemex’s credit rating will be downgraded,” Urzua said in a press conference at the IMF and World Bank spring meetings in Washington.

Urzua said that if he was a foreign investor, “I’d be buying Pemex debt because Pemex likely won’t have to go out (to the debt market) this year,” which he said would make the existing bonds appreciate in value.

Earlier this year credit rating agency Fitch cut Pemex’s rating by two notches to BBB-, the lowest investment grade rating, and assigned a negative outlook. A further downgrade to ‘junk’ territory would likely force some of the debt holders to sell.