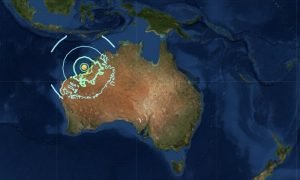 Melbourne — Oil and gas operations onshore and offshore Western Australia were unaffected by a magnitude 6.6 earthquake that struck off the northern coast of the state on Sunday, the country’s offshore petroleum safety regulator and companies said.

“NOPSEMA has not received any reports of impacts to offshore oil and gas facilities following the earthquake,” a spokesman for the National Offshore Petroleum Safety and Environmental Management Authority (NOPSEMA) said.

There was no major damage reported after the quake, which hit at a depth of 33 km (21 miles) at a point about 203 km offshore from the beach resort of Broome, state Fire and Emergency Services Commissioner Darren Klemm told reporters in a televised media conference.

Royal Dutch Shell confirmed that there was no impact to operations at the Prelude floating LNG facility as a result of the earthquake. The company had earlier declined to comment.

Pilbara Ports, operator of the Port Hedland and Dampier ports that handle most of Australia’s iron ore exports, said the quake had no impact on shipping or operations.