No money was found in my house – Ex-Amnesty chief, Boroh 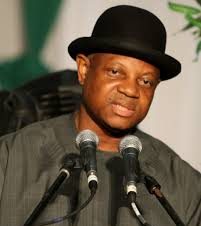 22 March 2018, Sweetcrude, Abuja – The embattled former Special Assistant to the President on Niger Delta Affairs and Coordinator of Presidential Amnesty Programme (PAP), Brig.-Gen. Paul Boroh (rtd.), has denied reports in the media claiming that operatives of the Economic and Financial Crime Commission (EFCC) and Office of the National Security Adviser (ONSA) discovered $9 million cash at his residence.

Boroh was reportedly arrested by a combined team of EFCC and ONSA operatives at his residence in Abuja on Tuesday, days after he was sacked by President Muhammadu Buhari over corruption allegations bordering on embezzlement of funds.

Addressing the press on Wednesday, the Wife of the former Amnesty boss, Mrs. Ibinye Boroh, told the media that no cash was found in their house and described the allegation as fabrication of lies, false, malicious and calculated attempt to mislead the public.

“My attention has been drawn to the publication in some of the Nigerian media particularly the front page of Thisday Newspaper to the effect that $9 million was recovered by the operatives of the EFCC from our house and premises in the course of their search.

“This is to inform the general public that no cash was discovered and could not have been discovered by government operatives during their search in our house last Monday.

“The publication by a section of the press stating the contrary is fabricated, false in its entirety, malicious and calculated to mislead the public,” Mrs. Boroh stated.