NOCs forecast to spend over US$116bn in new petrochemicals projects 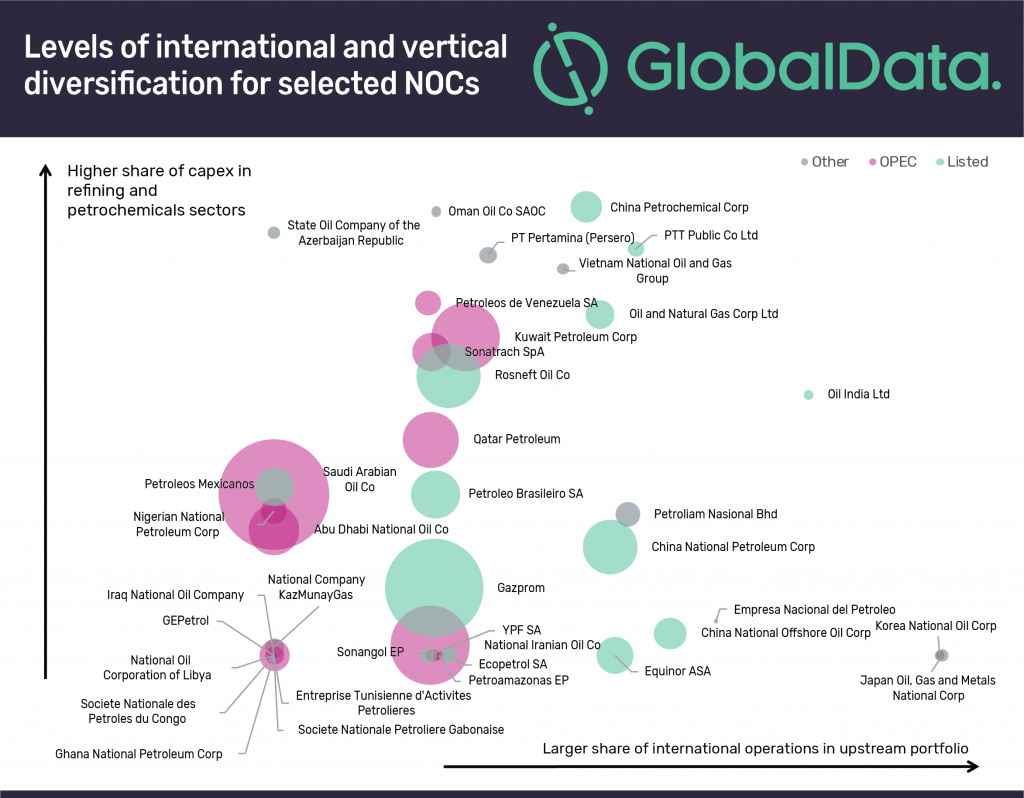 25 October 2018, Sweetcrude, Lagos — National Oil Companies (NOCs) are diversifying beyond their upstream oil and gas core, with major NOCs forecast to spend over US$116 billion in new petrochemicals projects, according to GlobalData, a leading data, and analytics company.

The company’s analysis of NOCs’ portfolios shows that while many NOCs have historically diversified internationally, this strategy was generally not adopted by the most resource-rich. However, as the energy market transitions, even NOCs from OPEC countries are putting a greater emphasis on areas outside exploration and production.

Will Scargill, Senior Oil and Gas Analyst for GlobalData commented: “The growing importance of petrochemicals is highlighted by the strategy of NOCs such as Saudi Aramco. Its upcoming projects represent over US$16 billion in capital expenditure and it has announced plans to acquire a 70% in Saudi Basic Industries Corp, which has a market capitalization of around US$100 billion.”

As the global economy turns to new sources of energy other than oil and gas, petrochemicals are seen as a crucial sector, with demand for high-value hydrocarbon-derived products expected to continue to grow strongly. In addition to this, some NOCs are also investing in renewables such as wind and solar.

Scargill adds: “Renewables are a good way for many NOCs to both meet their domestic energy supply mandates while freeing up oil and gas production for supply to higher value markets. However, the leader in renewables is Norway’s Equinor, leveraging its offshore expertise to develop wind assets internationally, with 3,685MW of generation capacity in the pipeline.”