Northern and southern senators poised for battle over PIB 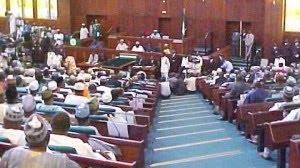 04 February 2013, Sweetcrude, ABUJA — THERE are strong indications that the Upper chamber of the National Assembly will witness a stormy session between Senators from the North and South when resumed discussions on the Petroleum Industry Bill, PIB, comes up.

A Bill for an Act to provide for Establishment of a Legal, Fiscal and Regulatory Framework for the Petroleum Industry in Nigeria and for other Related Matters is presently before the National Assembly for deliberation after President Goodluck Jonathan forwarded the Bill to the lawmakers last year.

It will be recalled that before the lawmakers went on recess last year, discussions on the Bill never came up, but the Senate, when it resumed, tried to look at it, just as it failed to progress with the second reading against the backdrop that Northern Senators kicked against it.