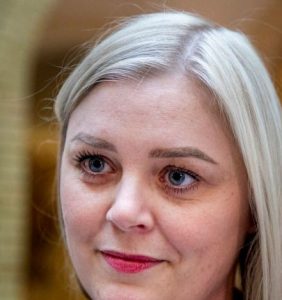 Norway, which began to extract oil and gas from its offshore continental shelf 50 years ago, believes it has still only pumped about half of its available resources.

“These companies have shown great interest in gaining access to new exploration acreage, illustrating the industry’s confidence in continued profitability from exploration on the Norwegian continental shelf,” Bru said.

“The broad interest shows that companies still believe in the Norwegian continental shelf and in the future profitability of exploration,” said Anniken Hauglie, who heads the Norwegian Oil and Gas Association, an industry group.

Vaar Energi will operate all three licences awarded in the Arctic Barents Sea.

Three companies on the original list of applicants did not win any acreage, including RN Nordic Oil, which is a unit of Russia’s Rosneft, and Horisont Energi, a firm dedicated to hydrogen, ammonia and carbon storage solutions.

The third company left off the list of awards, Japan’s Idemitsu, recently sold much of its oil and gas business in Norway to Lundin Energy.

Norway has also invited oil firms to submit applications by Feb. 23 for 136 exploration blocks in frontier areas in the Barents Sea and the Norwegian Sea.

Norway is western Europe’s largest oil and gas producer, with a daily output of around 4 million barrels of oil equivalent.