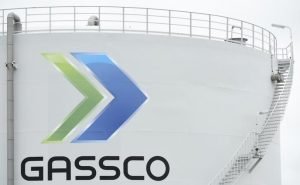 13 September 2018, News Wires — Maintenance at Norway’s natural gas fields and processing plants is scheduled to cut production capacity by some 7 billion cubic meters (bcm) in 2019, more than in recent years, data from system operator Gassco and analysts showed on Friday.

Outage plans for offshore fields and onshore processing plants in the following year are published in the fourth quarter, and while it is subject to revision, the 2019 schedule should be viewed as a complete plan, Gassco told Reuters.

Last year, Gassco transported a record 117.4 bcm through the pipeline systems from Norway to continental Europe and Britain.

When Gassco published outage plans for 2018, in December 2017, they amounted to 3.2 bcm, but said that number was only partial. The overall number will definitely be lower than 7 bcm however, said Trevor Sikorski, head of natural gas and carbon at Energy Aspects.

Kollsnes, the country’s largest processing plant and a major exporting facility to Britain, will also undergo major maintenance, with the heaviest part taking place between Aug. 24 and Sept. 5, when capacity will be reduced by 146.5 million cubic metres per day.