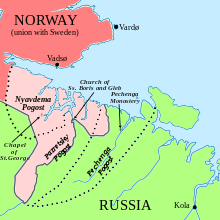 Oslo/Moscow — Norway and Russia are big winners from Europe’s gas price rally as they benefit from volatility after the European Union forced their gas producers years ago to shift away from steady, long-term contracts, according to sources, analysts and data.

Benchmark European gas prices have soared 300% so far this year with demand rocketing as economies recover from COVID-19 lockdowns and supply struggling to keep pace due to repairs and sliding gas investment amid a drive towards renewable power.

The price surge comes two decades after the EU liberalised its gas market, prompting a shift to more short-term, flexible contracts based on prices for gas traded on exchanges or hubs.

That move helped broaden supplies, which now include U.S. and Qatari gas. It also meant established suppliers, Russia’s Gazprom and Norway’s Equinor, which together account for 60% of Europe’s needs, moved away from long-term contracts that had linked prices closely to oil.

Rivals, such as Algeria and Qatar, rarely trade spot gas, while U.S. gas producers that are active in spot markets have struggled to boost gas output after storm damage, hitting global traders, such as Vitol and Trafigura, which rely on countries like the United States to secure volumes to trade.

“We have never been as exposed to spot prices for gas as we are right now,” Equinor economist Eirik Waerness told investors this month, referring to the firm’s 2019 move to sell more gas in short-term markets.

“The rapid increase in gas prices did happen at the best historical time possible for Equinor,” he added.

Equinor and Gazprom do not disclose their earnings from spot trading, although a trading house executive estimated each was making billions of dollars in extra revenues per month.

Equinor may be better placed than Gazprom. The state-run firm, which sells most of Norway’s gas, is estimated to be selling more than half to spot customers with 70% based on day-ahead pricing, the most volatile, up from 25% a few years ago.

“Equinor is the biggest winner,” said Tom Erik Kristiansen from Pareto Securities. “The vast majority of volumes are sold at spot prices or near-term forward contracts.”

Gazprom is selling 56% of its gas day-ahead and month-ahead, another 31% on pricing for the next quarter, season or year, and 13% indexed to oil. Gazprom sources said a quarter of the firm’s sales or 10% of Europe’s supply was via the spot market.

Some European politicians have called for an investigation of Gazprom, Russia’s state-backed monopoly exporter of pipeline gas, accusing it of holding back extra supplies. It adds fuel to a debate about whether a new pipeline supplying Russian gas to Germany, Nord Stream 2, should get the greenlight or be blocked for making Europe even more reliant on Russia.

Moscow says the crisis shows the new pipeline is vital and dismisses accusations that it has held back any gas. Data suggests Gazprom’s exports have climbed 21.5% year on year in 2021 to 123 bcm, close to 2019’s record levels.

Russian President Vladimir Putin also weighed in as prices rose. “The wise-guy members of the previous European Commission invented market gas pricing and the results are here for everyone to see,” he told a news briefing at the Kremlin on Sept. 9.

‘RUB THEIR HANDS WITH JOY’

Benchmark European gas prices at the Dutch TTF hub have risen by about 300% since January to a level equivalent to about $130 for a barrel of oil, according to Reuters calculations based on Refinitiv data. By comparison, Brent crude was trading at about $77 a barrel on Friday.

“It used to be quite normal to have a gas price half of oil. Now natural gas is double oil and that means you have to think differently,” said Helge Haugane, Equinor’s senior vice president for gas and power.

“Those Europeans who have agreed to sign long-term contracts with us can rub their hands with joy,” Putin said.

Gazprom, which saw first half 2021 profits jump by 22 times after last year’s slump, has struggled to find extra volumes after a blast at a Siberian plant, despite appeals from customers for more supply.

“The reality is Gazprom doesn’t have extra gas for the spot market at the moment,” said an executive close to the company.

Norway, whose government has a 67% stake in Equinor, alongside government stakes in oil and gas fields, agreed on Monday to boost exports to Europe.

“It shows Europe’s vulnerability with its own production declining,” said Ole Hansen from Saxo Bank in Copenhagen. “So we are increasingly dependent on imports with Russia holding the tabs and Norway being a strong winner.”