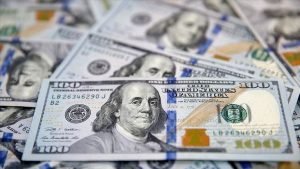 Oslo — Norway’s $1.15 trillion wealth fund expects more turmoil on financial markets as the world continues to fight the COVID-19 pandemic, a top fund official said on Tuesday, after it posted a 188-billion-crown loss ($21 billion) in the first half of 2020.

The pandemic is not under control “in any shape or form” and remains the biggest issue for investors, said deputy CEO Trond Grande, after presenting the half-year results of the world’s largest sovereign wealth fund.

The fund lost $153 billion between January and March as markets plunged, its worst quarter ever, but earned back $131 billion from April to the end of June amid a rebound, its best quarter on record.

“We could be in for some turbulence this fall as things unfold and whether or not the coronavirus pandemic recedes, or gains some force,” Grande told Reuters.

The full fallout for some sectors, such as leisure and travel, was yet to be seen, Grande said.

Founded in 1996, the fund holds stakes in around 9,200 companies globally, owning 1.5% of all listed stocks. It also invests in bonds and real estate.

Its overall value is equivalent to approximately $214,000 for every man, woman and child in Norway.

The overall portfolio had a negative return of 3.4% in the first half of the year, with declines of 6.8% for equities and 1.6% for unlisted real estate, while the value of fixed-income holdings rose 5.1% as interest rates plunged.

The overall return was 11 basis points lower than the return on the fund’s benchmark index.

Oil companies were the weakest performers, with their stocks declining by 33.1% due to the slide in crude prices, while technology firms had the strongest development, gaining 14.2%.

At the company level, technology firms Amazon, Microsoft and Apple contributed the most to the performance, while oil firm Shell and banks HSBC and JP Morgan Chase performed the worst.