NPA moves to conclude review of concession agreements by May 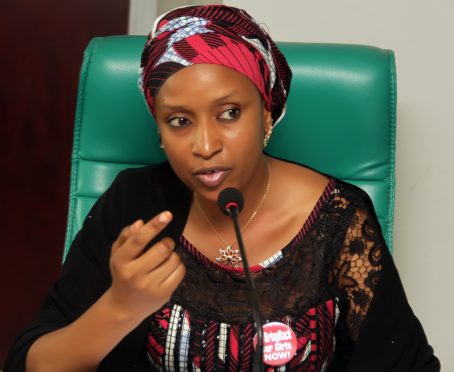 21 February 2018, Sweetcrude, Lagos — The Nigerian Ports Authority has commenced the moves to conclude the review of concession agreements with terminal operators even as Shippers’ Association of Lagos State, SALS has called on the agency to expedite action of the review.

Speaking at a stakeholders meeting in Lagos, Managing Director of NPA, Ms. Hadeza Bala Usman assured that the review of port concession agreement would be concluded in May 2018.

It will be recalled that some terminal operators got their concession agreements extended while the first one agreement would as yet to expire; a development the current management has frowned upon promised to review it.

Usman explained before a concession can be extended, the first agreement must have met certain criteria for it be extended adding that no due diligence was carried to determine whether or not these criteria were met or not.

Besides, the House Committee on Marine Transport, headed by Dr. Patrick Asadu also frowned at the way and manner the concession agreements were extended without following due process.

But, President of SALS, Rev. Jonathan Nicole in a chat Vanguard after the meeting said that the terminal operators are not predictable and the NPA should think twice before renewing their concession agreement.

It will be recalled that the House Committee had indicted the immediate past management of the NPA of conniving with the terminal operators and some government departments to affect the concession agreement.

“We will not sweep this under the carpet as the former Managing Director lied to us when we confronted with the allegation.

“We may have to order for his over this matter”

Besides extending their concession agreements without due process, the terminal is in court with the Nigerian Shippers’ Council over a court order to refund illegal charges collected over ten years amounting to several trillions of Naira.

Recalls that Seaport Terminal Association of Nigeria, STOAN, had gone to court to challenge the decision of the Nigerian Shippers’ Council (NSC) in reversing storage charges collected by the terminal operators and the increase of the free storage period at the ports from three to seven days.

The association had lost in the Federal High Court as the court had also upheld the decision of the ports economic regulatory.

But the association decided to go to the Appeal Court where they again lost and ordered to refund all they had collected in the past, estimated to run into billions of Naira.