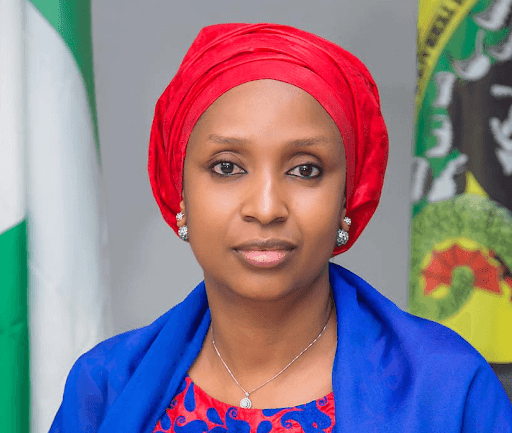 Lagos — The Nigerian Ports Authority, NPA, has suspended trucks carrying export cargoes into ports for the next fourteen days so as to clear the backlog currently causing congestion and consequently leading to the gridlock being experienced on the port corridor.

Speaking on Radio yesterday in Lagos, Managing Director of the NPA, Hadiza Bala Usman, said that the congestion experienced last week was a result of influx of truck carrying export cargoes.

Bala Usman also disclosed that there were about 600 trucks of export cargoes right inside some of the terminal while other are currently on the road waiting to access the port.

She explained that NPA has place the suspension so as to clear the backlog inside the ports.

She stated that NPA in collaboration with the Nigerian Export Promotion Council, NEPC, is meeting with all exporters on perfecting their documentation before approaching the port with cargoes.

She said; ‘‘One of the things that arose in the last one week is that you would have seen a lot of buildup of trucks which led to front page news of the Vanguard.

“We actually suspended trucks accessing the ports with export cargoes with effect from today, so all export cargoes for two weeks will not be allowed access into the ports. We have a backlog of over 600 trucks that have approached the port coming out of the truck parks and are currently in that location within the port corridor, within Lilypond.

“So we are suspending all export cargoes, we have noted the challenge we have with export cargoes resulted in this congestion is that a lot of trucks carrying export cargoes starts approaching without completing their documentation and this has been a challenge for us.

“The documentation in terms of readiness of the terminal operators to receive them, some of the certification they require supervisory agencies based on the type export that they are carrying.

“They also have several Customs certifications and Central Bank of Nigeria document that they need to complete.

“Recognizing that as a problem, we have invited Export Promotion Council to join this week to meet with large exporters and make them understand the procedure as it relates to their documentation.

“If any of your documentation is not ready, you must remain within your location, you should not start your journey to the port.

“So within this two weeks Export Promotion Council is joining us to articulate with the exporters and conclude on what they need to do to ensure their readiness.