NPA to support completion of all deep sea ports projects 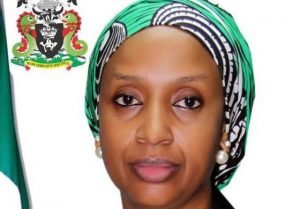 23 April 2018, Sweetcrude, Lagos – The Nigerian Ports Authority, NPA, will support the completion of all deep sea ports projects across the country, its managing director, Hadiza Bala Usman, has said.

According to Usman, the support for the completion of the deep sea ports was necessary considering their importance to the future maritime activities in the country.

A statement by Assistant General Manager, Corporate and Strategic Communications, Mr. I.A. Suwaid, said the early completion of the projects would not only facilitate operational efficiency in the nation’s maritime system but further strengthen the Federal Government’s policy on ease of doing business.

The managing director spoke when the management of the Infrastructure Concession Regulatory Commission, ICRC, led by its acting Director General, Engineer Chidi Izuwah, paid her a working visit in her office in Lagos.

She restated the need to fast track the nation’s navigational channels so as to accommodate bigger vessels which would generate more revenue to the country and improve trade facilitation in the West African sub-region.

Usman further stated that plans were being concluded for the business model meant for the Lilypond Terminal, as part of NPA’s resolve for improved service delivery in the terminals.

She charged all concerned with the working document for the review of the terminal’s agreement to speed up the processes that would allow for the swift consideration and possible approval for a five-year renewal being sought by Lilypond.