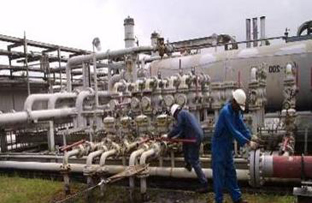 Describing the feat as the strongest production growth within the oil Industry in recent times, he added that it was worth being celebrated.

He said the NPDC performance was the outcomes of initiatives put in place by his management team, which, according to him, included the Asset Management Team, AMT, structure; Strategic Financing, Units Autonomy, and security architecture framework.

Baru promised that NNPC would stick to the repayment agreement with its joint venture, JV, partners while transiting to self-funding IJV modes with the partners.

He stated that tiding up cash call issues have led to increased commitment and enthusiasm to invest in the Nigerian oil and gas industry even as it has also boosted NNPC’s credit profile internationally.

Baru listed other milestones achieved by his team in the upstream sector to include reduction in contracting cycle for upstream operations to nine months from an average of 24, even as the corporation targets a six months cycle; lowering of production cost from $27/barrel to $22/barrel; and improving on the security situation in the Niger Delta through constructive engagement and dialogue with relevant stakeholders.