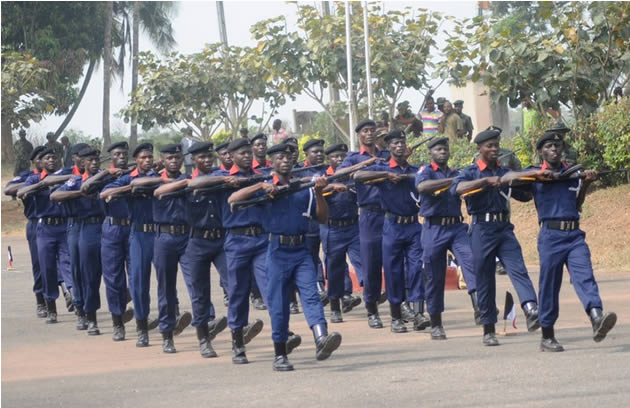 04 September 2018, Lagos — The Nigeria Security and Civil Defence Corps (NSCDC) in Lagos State on Monday said it had arrested 19 nationals of Benin Republic for alleged theft of over 50,000 litres of petroleum products.

The NSCDC Commandant in the state, Mr Tajudeen Balogun, confirmed the arrest to newsmen while presenting the suspects and the products to newsmen in Lagos.

Balogun said the suspects were arrested between Aug. 28 and Aug. 30.

He added that 13 of the suspects were picked up in a boat at Badagry on their way from Niger Delta area and heading to Benin Republic.

The NSCDC Commandant said the other suspects were arrested at Atlas Goove and Lagos Island.

He said that they were unable to explain how they came about the products stored in different jerry cans and drums.

“We recovered 300 jerry cans of 30 litres each containing petroleum products.

“We intercepted another Cotonou boat with 118 drums of different products, with each drum containing about 250 litres.

‘‘We have contacted the NNPC for the evacuation of the products to their depot at Mosimi in Ogun State.

“All the suspects will be charged to court as soon as investigation was concluded,” the commandant said.

The commended sister security agencies, particularly the Nigerian Navy, for the collaboration to effect the arrest and seizures.

Newsmen report that all the suspects could only speak French when asked how they came about the products.