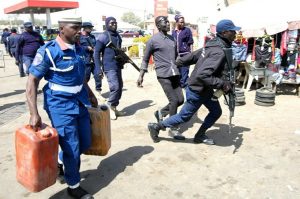 The Public Relations Officer of NSCDC. Rivers Command, Oguntuase Michael, said the suspects and the vessel, MV Eucharia, were arrested at the weekend, at a jetty near Agip gate in Port Harcourt.

Michael disclosed that investigations have been ongoing for the possible prosecution of the suspects.

“The barge contains 28 compartments, out of which 12 were filled with suspected adulterated Automotive Gas Oil.

“Investigation is ongoing to apprehend all those involved in the crime for possible prosecution,” he said.