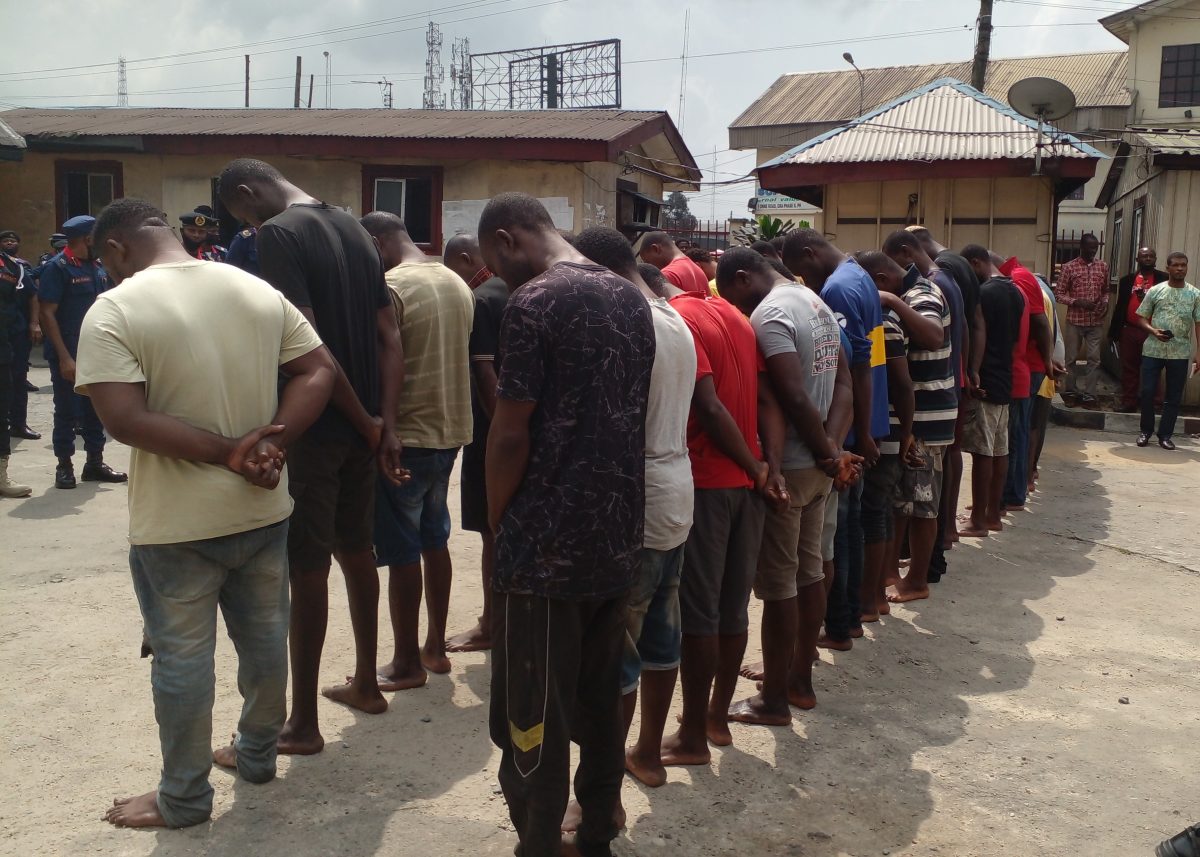 *Suspects paraded by the NSCDC

Port Harcourt — The Nigerian Security and Civil Defence Corp on Wednesday paraded 40 suspected oil thieves, along with 10 trucks used in the carrying out of illegal oil bunkering activities in Rivers State.

Speaking while inspecting the suspects and exhibits at the Rivers State Command, Commandant General of NSCDC, Ahmed Abubakar Audi, warned oil thieves and vandals to relocate from Nigeria.

Audi said he was on a routine visit to the state, as Rivers state is the epicentre of the Corp’s anti vandalization drive, assuring that the Corp is saddled with the responsibility of protecting critical national assets and infrastructure.

“In the bid to checkmate the excesses of oil thieves and illegal oil bunkering as well as ensuring the critical national assets in the state are safe from economic saboteurs, the NSCDC Rivers State Command in collaboration with other sister security agencies such as the Nigerian Navy and the Nigerian Army has arrested 40 suspected oil thieves, 10 trucks, nine boats, 69 jerry cans and drums, 100 oil pipes and 83 sacks filled with suspected adulterated petroleum products in different parts of the state.

“Other items recovered from the suspects include: seven pumping machines, seven 40HP Yamaha engines, one 90HP Yamaha Engine and Several Hoses used for acts of vandalism.

“The arrested suspects are currently undergoing thorough investigation and soon will be charge to court for possible prosecution.”

The NSCDC boss announced that plans are underway to reward personnel of the Corp, who have performed excellently in their duties.

“I wish to inform the general public that the Corps is poised to meet any group of persons or individuals intending to tamper with the critical National Assets and Infrastructure within the state with stiff resistance.

“On this note I am calling on every good-spirited individual in the state to please report any strange movement around them and the critical assets and Infrastructures in the state to the nearest security post for prompt action.

“If you see something, please say something.”