Nuclear programme to give impetus to Nigerian economy 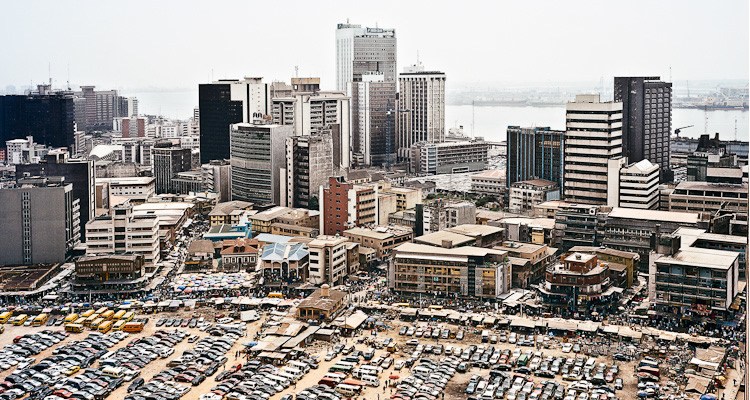 12 November 2017, Sweetcrude, Lagos — Today, unfortunately, Nigeria’s economic potential is constrained by many structural issues including; inadequate infrastructure, foreign investment obstacles and economic flexibility. In 2015-2016 the nation’s economy was hit by low oil prices due to weaker demand. The situation was aggravated due to the fact that the country highly depends on petrodollars, which account for nearly 70% of its national revenue.

The country is currently recovering from its first major recession which took place in 2016. According to the World Bank estimations, Nigeria is moving from a recession to a modest 1.2% growth rate in 2017, gaining momentum to 2.4% in 2018.
Nigeria’s economic growth is also severely constrained by insufficient electricity generation capacity, which results in a lack of a reliable and affordable energy. At the same time, Nigeria flares considerable amounts of associated gas, a by-product of offshore crude oil extraction. This flaring generates significant greenhouse gas emissions and wastes a considerable amount of energy.

The current growth in Nigeria’s economy relies largely on its oil sector, which drastically minimizes its long-term sustainability. The implementation of a more diversified economic policy framework could create a more favorable environment for short-term growth and generate more sustainable growth rates in the medium- to long-terms.

One of the most positive steps toward the implementation of the country’s recovery plan was the approval of the Power Sector Recovery Program in March 2017, which promises to restore financial viability to the power sector as well as improve its record for transparency and service delivery. In 2016 the Federal Government reaffirmed its plans to introduce nuclear power to diversify the country’s energy mix and help meet the energy needs of the country.

The construction of nuclear power plants (NPPs) in Nigeria will not only assist with the current energy crisis but will also stimulate a great deal of investment in the country and local business. The direct and indirect economic and socio-economic benefits of NPP construction are immense.

There is a great deal of opportunity for direct localisation during the construction phase of an NPP. This includes engineering services and the manufacture of components including pumps, valves, piping, tubing, insulation, reactor pressure vessels, pressurizers, heat exchangers and moisture separators. Construction will also provide a substantial boost to suppliers of commodities such as concrete and steel.

This entails a major boost for local manufacturers and job creation. Not to mention the business opportunities in unrelated industries as a result of the economic spinoffs, such as the needed external infrastructure in the region of the plant, accommodation for workers, hospitals, schools, agriculture as well as the retail sector (due to an influx of workers and higher salaries in the region).

The construction of Kudankulam NPP in India with the help of the Russian state-owned nuclear corporation Rosatom has led to the creation of more than 10,000 jobs in the region, not to mention new jobs in equipment-manufacturing companies and other related industries. Moreover, tax proceeds from the plant go to neighboring towns and villages, making it possible to implement social projects such as the construction of schools and sports facilities. In the Czech Republic, two nuclear power plants annually allocate about USD 6 million for the development of the regional economy and infrastructure, including the food sector.

NPP construction spurs a huge chain reaction in the countries they are built, providing massive benefits (added value) to the economy. If we assume an NPP project based on 2 power units 1,2 GW each (and local industry involvement of 20-30%) on every invested dollar the nation would receive USD 1.9 as local industry income, USD 1.4 as extra taxes inflow, USD 4.3 of GDP growth.

Investing in nuclear projects stimulate cash flows to the regional and national budget that often surpass direct investments by a significant margin. The actual amount of investment depends directly on technologies involved.

A recent analysis conducted by the Nuclear Energy Institute (NEI) found that nuclear plants create some of the largest economic benefits when compared to all other generating sources, this due to their sheer size and the number of workers needed to construct and operate the plants.

According to the NEI the operation of a nuclear plant requires the highest number of skilled workers when compared to any other technology and on average these jobs pay 36% more than the average salaries in the area where the plant is constructed.
New plant construction creates a direct demand for thousands of locally sourced skilled labourers, such as; welders, pipefitters, masons, carpenters, millwrights, sheet metal workers, electricians, ironworkers, heavy equipment operators, and insulators, as well as engineers, project managers, and construction supervisors.

There will also be thousands of indirect jobs created through localisation, including engineering services and the manufacture of components including pumps, valves, piping, tubing, insulation, reactor pressure vessels, pressurizers, heat exchangers and moisture separators.

Construction will also provide a substantial boost to suppliers of commodities such as concrete and steel. From the analysis done by the NEI, it was determined that a single new nuclear power plant requires approximately 300,000 cubic metres of concrete, 66,000 tons of steel, 70 Km of piping, 500 km of electric wiring, and 130,000 electrical components.