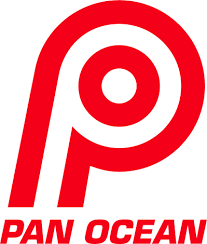 SweetcrudeReports learnt that the action followed the directive of the national body of the two unions.

A competent source, who pleaded anonymity, said the shut down became inevitable following the expiration of a 48-hour ultimatum issued by the unions to the Federal Government, the Group Managing Director of the Nigerian National Petroleum Corporation, NNPC and Pan Ocean management on Friday, December 4, 2020.
It could be recalled that following the revocation and eventual handover of  OML 98 acreage to the Nigerian Petroleum Development Company, NPDC – the NNPC upstream subsidiary – by the Federal Government, through the Department of Petroleum Resources, DPR, in February 2020, Pan Ocean employees’ severance benefits have not been paid by the NNPC/Pan Ocean JV, neither have discussions over the roll-over of employees from erstwhile Pan Ocean to NPDC commenced.
Also, the employees’ contributory pension of over 33 months has not been remitted by Pan Ocean management as well as PAYE tax deductions.

The shutdown is expected to affect crude oil production from OML 98, NPDC’s OML 111 in Edo State, Pan Ocean (PSC) OML 147 acreage in Delta State, supply of gas to the Egbin power plant in Lagos, and other companies which make use of the OML 98 export trunkline.
The employees have vowed to continue the shutdown until all demands are met, with unconfirmed reports indicating that the national body of the oil industry unions would join the industrial action within the next seven days, thereby worsening the nation’s economic challenges.