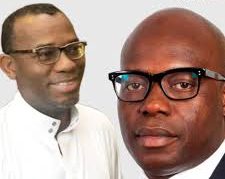 *We are not indebted to anyone – Oando reacts

The judgment on July 6 came amid recent allegation by some shareholders of attempts by Oando to kill the report of the ongoing forensic audit of its operation by the Security and Exchange Commission, SEC.

Ansbury was incorporated in Panama as part of a family trust by an Italian-Nigerian businessman, Gabriele Volpi.

In the ruling asserted by two other co-arbitrators, Marco Frigessi di Rattalma and Harry Matovu, the tribunal upheld Mr. Volpi’s application that Ocean and Oil Development Partners, OODP, was indebted to Ansbury by about $600 million (about N183.5 billion).

The company was established at a time Oando Plc was preparing to acquire ConocoPhillips’ upstream oil and gas assets in Nigeria.

According to a copy of the tribunal ruling, Ansbury Investment, Andrea Moja, the court also held that Whitmore Asset Management Limited was liable for another debt of $80 million (N24.5 billion).

Whitmore, incorporated in the British Virgin Islands as a single purpose investment vehicle, belongs to Messrs Tinubu and Boyo.

According to the court documents, an initial agreement signed on June 17, 2013, gave 60 percent equity in the venture to Ansbury and 40 percent to Whitmore.

Besides, the court was confronted with the decision whether the parties made a legally binding agreement to convert an outstanding loan of $150 million (plus interest) into shares in Oando E&P Holdings Limited.

In its ruling, the court said the draft amended loan agreement as well as the draft “Put and Call Option Agreements” never became effective.

Mr. Moja said the final award was expected to follow in the next few days whereby the tribunal would make definite pronouncements on accrued interests on the debts owed and legal expenses.

He said the tribunal’s ruling is in respect of a debt Mr. Tinubu is owing and does not affect Mr. Volpi’s status in Oando as its majority shareholder.

He said in line with the tribunal processes, details of the award have since been communicated to all the parties concerned since July 9. The ruling is, however, subject to appeal.

How crisis started
In 2012, Ansbury said it invested about $700 million in OODP BVI, by acquiring a 61.9 percent stake in the firm, with Withmore Limited holding 38.10 percent.

According to Mr. Volpi, Mr. Tinubu approached him to invest in the company at a time Oando Plc was mobilising $1.5 billion to acquire assets in ConocoPhillips’ upstream oil and gas in Nigeria.

When the dispute broke out in 2017, Ansbury said it equally petitioned the Nigerian capital market regulatory authorities, the Securities and Exchange Commission (SEC) in May accusing the management of Oando Plc of mismanagement, “insider dealings, manipulation of the company’s shareholding structure and huge indebtedness”.

The petition culminated in the forensic audit of Oando PLC operations ordered by SEC on October 18, 2017.

But, the exercise did not take off several months after following the suspension from the office of the former Director-General of SEC, Mounir Gwarzo.

Although Abdul Zubair was appointed acting DG to succeed Mr. Gwarzo, he was redeployed on April 13 and replaced by Mary Uduk, whom critics say was brought by the minister to do her bidding.

Months after the audit by KPMG commenced, aggrieved shareholders under the platform of Proactive Shareholders Association of Nigeria, PROSAN accused the management of the company, a fortnight ago, of working with the Minister of Finance, Kemi Adeosun and Mrs. Uduk, to frustrate the release of the audit report.

“We are calling on the Acting Director-General of SEC to immediately release the report of the forensic audit conducted on the company since last year although we believe the result will be compromised since they have failed to suspend the management of the company while the so-called forensic audit lasted,” National Coordinator of PROSAN, Taiwo Oderinde, said on Sunday in a statement.

In a statement to SweetcrudeReports on Monday, the spokesperson of Oando, Alero Balogun, described ruling by LCIA as “unfortunate and damaging” to the company’s brand.

“The ruling by the LCIA does not involve Oando as Oando was not and has never been party to the arbitration, the ruling states that Whitmore and Ocean and Oil Development Partners are indebted to Ansbury Inc, nowhere is there mention of Oando PLC. It is critical that people understand that not only are we not involved in this dispute, we do not owe money to any of the parties involved. The continued mention of our name in what is a 3rd party dispute is unfortunate and damaging to the brand and shareholder value.”

Based on the Ocean and Oil Development Partners, British Virgin Island, OODP BVI ownership structure, Mrs. Balogun clarified that OODP BVI is to pay Anbusry $600million, meaning that Ansbury is to pay itself $360 million while Whitmore, owned by both Wale Tinubu and Omamofe Boyo are to pay $240 million.

“Whitmore is to pay Ansbury in the total principal sum of US$80m in respect of the loan made under the First Loan Agreement”, the statement read.

Concerning Ausbury’s acquiring a 61.9 percent stake in the firm, with Withmore Limited holding 38.10 percent, she said the ownership structure is actually 60% to Ansbury and 40% to Whitmore.

When contacted the minister for her response to the allegation she was frustrating the audit, her spokesperson, Oluyinka Akintunde, said his boss had no comment on the allegation.

The acting director general of SEC was also contacted, however, spokesperson of the commission, Efe Ebelo, declined response.

The firm conducting the audit, KPMG, also declined comment on the status.