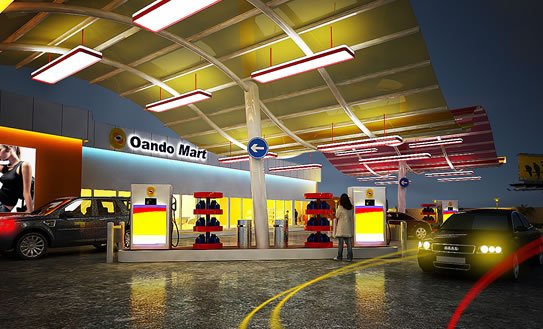 *Issues statement on the lifting of suspension on shares by SEC, NSE

13 April 2018, Sweetcrude, Lagos — The Board of Directors of Oando Plc, have approved the company’s 2017 audited financial account, a statement signed by its Chief Compliance Officer and Company Secretary, Ayotola Jagun has said.

According to the statement, the approval came after a meeting by its BoD on Tuesday, April 10.

“This is to inform the public and our stakeholders that the Board of Directors of Oando PLC held a meeting on Tuesday, April 10, 2018, and approved the 2017 Audited Financial Statements (the “Accounts”)”.

Oando said upon approval, it will file the accounts by the second week in May 2018 as previously communicated, further apologising for inconvenience caused, and promising to update the market in due course.

The company had been unable to release its financial statement for last year due to litigations against it by some of its shareholders, and an ongoing audit by Deloitte.

Meanwhile, following the lifting of a technical suspension on the company’s shares by the Security Exchange Commission, SEC on Thursday, Oando said the development will now allow for growth in line with the forces of demand and supply, as its shares were thrown open for trading on Thursday.

“Further to this, the impediment to price movement in the shares of the Company was removed when the market opened for trading today, April 12, 2018”.

“The lifting of the technical suspension means that Oando shares will now experience price movements in response to competitive forces of demand and supply in line with the NSE’s trading rules”.

Describing the lifting as “good news” for the company and all its shareholders, Oando said the move will restore and boost investors’ confidence in the market.

“In addition, the forensic audit into the affairs of the Company is currently underway by Deloitte Nigeria (Deloitte), the SEC appointed forensic team lead”.

“To date, the Company has been fully cooperative with both the SEC and Deloitte. In the spirit of goodwill, transparency and full disclosure, we will continue to cooperate with the SEC and its nominated parties in the discharge of their duties as the Capital Markets regulator during this exercise”.

“We are hopeful that the forensic audit will have limited impact on the day-to-day operations of the business and we look forward to a swift and smooth conclusion by the SEC”.

Added to it, Oando’s shares rose 10 percent Thursday after the regulator lifted a suspension placed on trading in the oil firm’s shares.

The company’s shares jumped to N6.60 on the NSE after closing at N6.30 on Wednesday.

On Thursday, the company’s shares rose 10 percent on the stock exchange and were listed alongside Mobil, Stanbic, ETI and Nigerian Breweries as top advancers.