09 November 2015, News Wires – US President Barack Obama has decided to formally reject TransCanada’s permit to build the controversial Keystone XL pipeline, ending years of political gamesmanship that turned the project into a symbol in the debate over climate change. 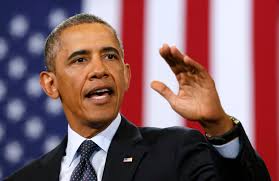 Obama said a State Department review had determined that the pipeline “would not serve the national interest of the US”.

“I agree with that decision,” Obama said in a press conference on Friday.

The State Department had the responsibility of the review because the pipeline would cross an international border, running from Alberta to Texas.

Obama said Keystone XL, which was proposed by TransCanada more than seven years ago, has “for years” played an “over-inflated role in our political discourse” and has served as little more than a “campaign cudgel”, rather than a serious policy matter for both supporters and foes alike.

“It is neither a silver bullet for our economy, nor does it put us in the fast-lane to climate disaster,” Obama said.

The American Petroleum Institute responded immediately to the decision, saying that by rejecting the pipeline project, Obama “has put extreme ideology ahead of American opportunity”.

API said several reviews have found the pipeline to be “safe and environmentally sound” and that Obama’s decision is “politics at its worst”.

The decision was “solely based on politics and not sound science,” API president Jack Gerard said on a conference call.

The pipeline’s fate had come into serious doubt over the last several days after rumours started swirling that the Obama administration would not approve construction.

In a last-ditch effort to give the project another chance, TransCanada asked the administration’s State Department to delay its review of the $8 billion project, hoping the next president would be more supportive of the pipeline.

The request was rejected, leading many to believe the pipeline would be rejected as well.

TransCanada’s shares sunk on Friday as the news circulated. They were down in New York by 5.7% at $32.41 and by 4.44% in Toronto at C$43.24 early in the afternoon, following Obama’s announcement.

TransCanada said in a statement on Friday that it is considering all options and may seek a new permit to ship crude to the US.

Keystone XL was seen as a symbol in the debate over climate change. Obama has been trying to burnish his credentials as a climate crusader ahead of a key climate summit next month in Paris.

Proponents of the pipeline had said it would add jobs, help refiners and secure a “friendly” source of oil that does not come from areas of conflict like the Middle East.

The 1900-kilometre pipeline was proposed to carry 830,000 barrels per day of mostly oil-sands crude to refineries on the US Gulf Coast.

Republican Senator John Barrasso of Wyoming said Obama had “put the interests of a small group of well-funded environmental extremists ahead of the interests of American workers” and US energy security.

“For someone who claims to put science first, the president’s rejection of five favourable environmental reviews for the Keystone XL pipeline is an act of stunning hypocrisy,” Barrasso said in a statement.

Environmentalists cheered the decision. Bill McKibben, founder of activist group 350.org and one of the most vocal opponents of Keystone XL, said Obama’s decision was a “big win” for the climate.

“President Obama’s decision to reject Keystone XL because of its impact on the climate is nothing short of historic, and sets an important precedent that should send shockwaves through the fossil fuel industry,” McKibben said in a statement.