25 February 2015, Lagos – The Niger Delta Power Holding Company Limited (NDPHC), owners of the National Integrated Power Project (NIPP), has refuted reports that the 750 megawatt-capacity Olorunsogo Phase 2 Power Plant built under the NIPP in Ogun State, which was at the weekend inaugurated by President Goodluck Jonathan, had earlier been inaugurated by former President Olusegun Obasanjo. 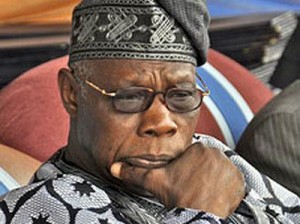 NDPHC’s General Manager in charge of Communication and Public Relations, Mr. Yakubu Lawal, said in a statement on Tuesday that the completion and inauguration of the phase II Olorunsogo plant was another manifestation of President Jonathan’s commitment to deliver on his promises to complete inherited projects.

According to him, what Obasanjo actually inaugurated was the 335 megawatt-capacity Olorunsogo Phase I Power Plant, built by the federal government for the defunct Power Holding Company of Nigeria (PHCN).

He stated that the phase II is a combined circle plant consisting of 4No GE made Gas turbines, 4No Heat Recovery Steam Generators and 2No Steam turbine units each turbine unit of 125MW capacity and a total capacity of 750MW.

The power plant thus has the capacity to generate 750 MW, a positive development over the phase I plant inaugurated by the Obasanjo regime which has 8 turbine units each of 42MW with a total of 335MW.

While the Olorunsogo II project was built by the NIPP (as a joint investment of the three tiers of governments of Nigeria) the Olorunsogo I project was basically a federal government project . Both of the projects were built by SEPCO III of China under distinct and separate contracts. The two power plants sit adjacent to one another but on defined and distinct survey coordinates,” Lawal said.

Lawal stated that the NIPP was conceived in 2004 by President Obasanjo as a major fast-track initiative to add significant new capacities in generation, transmission and distribution to Nigeria’s electricity supply chain.

“The efforts of the two leaders (one former and the latter current ) should be complimented rather than used as a basis to cause unnecessary debates with the intention to cause disrepute and undue rancor. The NIPP will not be used as a tool for such deceit,” he added.

According to him, the inauguration of Olorunsogo ll power plant will increase megawatt available to the national grid and further enhance the gradually improving power supply situation in the country.