on: September 22, 2020In: Community Development 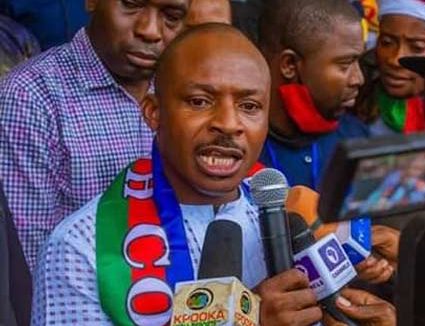 Port Harcourt — The Ijaw Youths Council, IYC Worldwide, says henceforth youths of the Niger Delta region would approach its relationship with oil multinationals, on the principle of reciprocity.

Newly elected President of IYC, Peter Timothy Igbifa, said the harsh decisions by oil firms on its workforce leading to job losses were not acceptable to the youths, who were at the receiving end of obnoxious labour practices adopted by oil firms.

Igbifa explained that in Ogulagha Community, Burutu LGA of Delta for instance, SPDC embarked on massive retrenchment and downsizing as a tool of oppression, not minding the economic effect of their action, in an era of global pandemic.

The IYC boss said the situation was same in Southern Ijaw LGA of Bayelsa state, where Agip is at dispute with their host community by refusing to pay compensation, for the devastating oil spillage that occurred in the area.

He stated also that in Peretorugbene Community, Ekeremor LGA of Bayelsa State, Excel Exploration and Production Company, operators of Eremor field, OML 46, has also refused to sign a GMoU with the host community.

“Upon our emergence as Chief Stewards of our beloved Council, we have been inundated with deluge of complains, petitions and protestations about the ill-treatment being meted to our people by transnational oil and gas companies and their subsidiaries.

Wike demands IOCs to relocate their headquarters to Rivers

“In contrast, the experience in saner climes where hydrocarbon activities are carried out, shows that the folks in those communities and regions; are swimming in the ocean of wealth, opulence, self worth and dignity.

“Our experience which has existed for more than five decades. As the world gradually moves into post oil era, what is the fate of our region?”

Igbifa noted that beyond these, there are unmitigated policies; in contravention of the Nigerian Content Act and other legislations governing the Nigeria’s oil and gas industry, adding that IYC will no longer tolerate disregard for the laws.

“The regulatory agencies should go beyond a mere ” slap on the wrist” fine to stronger punitive measures that will put to an end to the breach of our laws and the rascality being displayed by these companies.

“Our principle of reciprocity would be geared towards ensuring that; it is oil and gas companies operating in our region; and the developmental and interventionist agencies that respects the rights of the people and factor in their developmental needs would be spared our wrath.

“We will do this bearing in mind that the IYC is not subservient to any entity, power or principality. It is Ijaw nation first.

“In the meantime, we call on all erring oil firms to promptly commence the process of restitution and re-engagement of the youths as the IYC will come knocking at your door and no amount of chicanery will work to save the day.”