Occidental to sell parts of Anadarko after debt-fueled acquisition 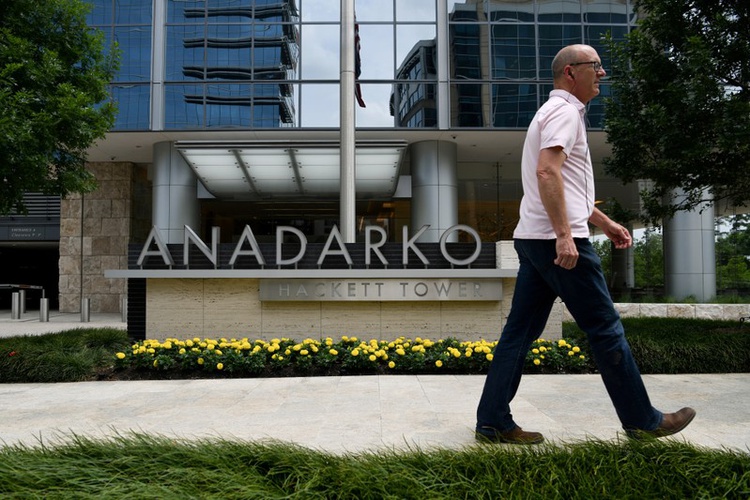 *Anadarko Petroleum Corporation is seen in The Woodlands, Texas, U.S.,

Houston – Occidental Petroleum snatched up some of the richest shale oilfields in Texas when it beat out rival Chevron Corp in a bidding war to acquire Anadarko Petroleum.

It also quadrupled its debt – to $40 billion – at a time when investors are calling for spending cuts and higher dividends.

That means the acquisition’s success will depend on how quickly Occidental can sell off some of Anadarko’s assets and focus on optimizing and integrating the assets it keeps – especially prime U.S. shale fields.

Shedding debt will require selling assets when deals have been sluggish, said bankers and merger specialists. The number of U.S. deals has fallen to lows not seen in five years or more as investor demands for capital discipline have driven buyers from the market, said Todd Dittmann, managing director at investment firm Angelo Gordon.

“An acquisition is more often viewed as a confession of poor drilling locations and a failure of prior strategy,” Dittmann said.

Deal-makers say Chief Executive Vicki Hollub’s most likely sale prospects are Anadarko’s offshore assets in the Gulf of Mexico and its pipeline business. Her challenge will be to balance such sales with the need for their cash flow to pay debt and dividends.

Occidental declined to comment, but CEO Hollub told shareholders and analysts she expects to squeeze $3.5 billion per year in cost savings and capital spending cuts from the deal and is eager to apply the company’s Permian Basin expertise to Anadarko’s Texas and Colorado oil fields.

“We will make this work,” Hollub vowed. “We will get these synergies.”

‘AMAZING’ CASH FLOW
Several major oil companies would be willing to buy the Gulf of Mexico offshore assets, or any Permian acreage if Occidental decided to sell some of its long-held properties. It controls about 2.7 million acres there already, split between shale and conventional production, and with the Anadarko deal will acquire an additional 240,000 acres in one of the more productive areas of the Permian Basin.

The Gulf of Mexico business provided nearly a quarter of Anadarko’s oil and gas output while consuming just 19 percent of production spending. Hollub has praised it for its “amazing free cash flow,” and M&A analysts say could be worth at least $6 billion.

Potential buyers would be the handful of large companies with deepwater experience, including Royal Dutch Shell, Exxon Mobil, Total and Chevron.

Another reason to sell it: Occidental has never operated in the Gulf before. That raises concerns among investors, said Jennifer Rowland, an analyst with Edward Jones.

“It just adds to the risk of a deal. They don’t have that knowledge in house,” she said.

IN THE ‘DOGHOUSE’ WITH INVESTORS
Another likely candidate for a sale is Western Midstream Partners, Anadarko’s majority-owned gas gathering and pipeline business, valued at around $7.5 billion. Occidental has previously sold off pipelines and coastal terminals. The company’s view of pipeline assets, said finance chief Cedric Burgher to analysts, is “you don’t need to own” them, only to have the right to use them.

If Hollub can sell the offshore business and close the deal with Total, she could hit a $10 billion to $15 billion divestment target, said Matt Sallee, portfolio manager at investment firm Tortoise Capital Advisors. That could make it less likely that the company would sell any of its onshore or pipeline operations, he said.

“They would probably really like to get another sale done before the deal closes to remove this risk” of too much debt, said Charles Johnston, an analyst at debt research firm CreditSights.

“The longer they take” to reduce debt from the deal, “the longer they stay in the doghouse with investors,” said Rowland.
Occidental’s stock fell to a 10-year-low after it reached a merger agreement with Anadarko and analysts at Wells Fargo, KeyBanc Capital Markets and Edward Jones lowered ratings on the company.

Rating firms are forecasting a debt downgrade because of the deal, though none expect Occidental will fall into junk bond status. Moody’s Investors Service said a “weakly positioned investment grade rating” is the most likely for Occidental.

The spread on its 2027 bonds widened a modest 50 basis points since the deal was struck.

“The company does have a good track record of being able to sell noncore assets at good prices,” said Carol Levenson, director at corporate bond research firm Gimme Credit.

In addition to paying off the deal’s debt, Hollub needs cash to cover dividends due to shareholders and Berkshire Hathaway Inc, which negotiated an 8 percent annual payout on a $10 billion investment to help fund the Anadarko deal.

STAYING FOCUSED ON SHALE
What Hollub doesn’t want to sell is the merger’s top prize, Anadarko’s acreage in the top U.S. shale field, the Permian Basin. Anadarko’s properties there are valued at about $18 billion, according to the research firm Drillinginfo.

Anadarko’s Colorado shale operations will likely remain with the Occidental for a lack of ready buyers. New environmental regulations that give communities more control over oil and gas operations have chilled industry investments in the state.

Occidental also would want to hang onto Anadarko’s Colorado shale acreage, said Andrew Dittmar, an analyst with Drillinginfo, because the company is “really good at drilling shale wells.”