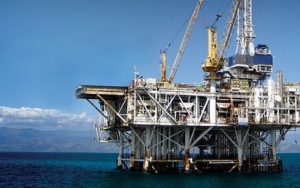 More than $92 billion of new offshore oil and gas projects were given the green light in 2019, a nearly fourfold jump from the decade’s low in 2016, Rystad, a leading consultancy in the oil and gas industry, said in a note.

The strong pick-up in offshore activity was a result of stronger oil prices and deep cost cuts across the sector, leading to higher profitability for the projects.

Deepwater gas fields are complex and costly, but their high capacity and production longevity means that many projects are able to compete with the shorter-cycle onshore shale production that has surged in the United States.

The largest projects approved last year included the expansion of the Marjan and Berri oilfields in Saudi Arabia, Anadarko’s Area 1 liquefied natural gas project in Mozambique and Chevron’s Anchor project in the Gulf of Mexico.

Oil and gas volumes approved for development last year were the highest since 2011, more than doubling from 2018 with 12.3 billions barrels of oil and other liquids and 8.3 billion of natural gas equivalent resources, according to the data.

Offshore projects generated nearly $90 billion of free cashflow for publicly traded exploration and production (E&P) companies last year, down from $108 billion in 2018 but still the third strongest year of the decade, Rystad said.

“The cashflow situation for offshore players is very robust, underlining the point that E&Ps have enough cash in hand to invest in new projects after several years of restrained capital expenditure,” said Rystad’s head of upstream research, Espen Erlingsen.