on: September 11, 2018In: Community Development, featured 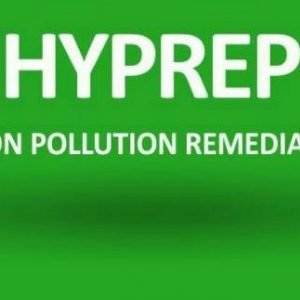 11 September 2018, Sweetcrude, Port Harcourt — Plans are in top gear for the commencement of the training of Ogoni women in various aspects of agricultural business, as part of efforts for the restoration of livelihoods of the people of Ogoni, as recommended by the United Nations Environment Programme, UNEP.

In this regard, the Hydrocarbon Pollution and Remediation Project, HYPREP, the Federal Ministry of Environment in collaboration with the United Nations Institute for Training and Research, UNITAR, will train thousands of Ogoni women at the Songhai Rivers Farms and Resort, in Bunu-Tai, Tai Local Government Area of the state.

Songhai Rivers is a N4.5billion farm set up by the Rivers State Government in 2011 and designed for commercial farming, agricultural tourism and entrepreneurship training.

Centre Manager of Songhai Rivers, Mr. Tammy Jaja, told our correspondent exclusively that after the training which will commenced in two months time,  beneficiaries would be given starter packs.

Jaja explained that the training which is part of activities for the cleanup of Ogoniland, would last for two months after which Songhai as the facilitator would help in the setting up of various agro business in Ogoni communities in a cluster arrangement.

He disclosed that the centre was expecting to commenced the training of some Presidential Amnesty Programme beneficiaries on agro business for a period of one month, after which the training of Ogoni women would commenced.

According to him, “The indigent people of Ogoni are predominantly peasant farmers and this farming is done at subsistent level.

“With the oil pollution in Ogoniland, most of them are out of business and so, as part of the frontline activities for the clean up program, HYPREP has in collaboration with UNITAR and Federal Ministry of Environment developed this program to bring the women down here for agric business training that will last for a period of two months here.

“These women will be trained on how to see farming as a business and then after the training, they will be given starter packs.

“As facilitators, Songhai will help them set up their various agric business in the communities and we are going to do that in their cluster arrangement, because the cluster arrangement puts them in a position where they can thereafter pull resources together to expand their projects.”