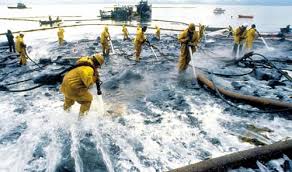 Port Harcourt — The Movement for the Survival of the Ogoni People, MOSOP, has called for a forensic audit of activities in the Hydrocarbon Pollution Remediation Project, HYPREP, accusing the agency of corruption.

This is as the federal government had announced plans to reposition and reorganised HYPREP, for greater efficiency.

Secretary General of MOSOP, Bari-ara Kpalap, while commending the federal government for the planned repositioning of HYPREP, said there has been no tangible Ogoni clean-up, despite the huge funds released to the project.

Kpalap who explained that the restructuring has been long overdue, stressed that it was heart-warming that Abuja has now seen the reasons that informed MOSOP’s numerous protests against the agency.

“However, while we accept that it is an approach in the right direction, we insist that reorganisation alone cannot address the deepening weaknesses of HYPREP and instil discipline.

“It is thus our position that a forensic probe of the agency should be carried out also and those found culpable, handed over to the Economic and Financial Crimes Commission for prosecution.

“HYPREP stinks of corruption and under four years, it became a vehicle for fraudulent pecuniary acquisition, and unfortunately earned the tag of the most corrupt intervention agency in Africa.

“No wonder the clean-up exercise has achieved no tangible result yet there are claims to billions of naira being invested in the scheme,” MOSOP alleged.

MOSOP maintained that its grouse with HYPREP and the Ogoni clean-up exercise was purely an environmental matter and not a political issue.

The group also warned that any attempt to alienate MOSOP, as representatives of Ogoni people, in the planned reorganisation of HYPREP, will be resisted by the people.

“The life of the Ogoni people are involved in this matter and any attempt to politicise and foist surrogates on the apex structures of the agency to ensure that we become victims of the Nigerian factor, will be resisted.

“We are aware that prior to the federal government’s declaration, there has been moves by desperate politicians whose love for Ogoni is hate to inflict their stooges on the apex structures of HYPREP.

“We would like to state very clearly that in view of the involvement of the federal government, the oil industry led by Shell and the Ogoni community represented by MOSOP and due to the strategic and starring role of the environment in the Ogoni question, any attempt to exclude MOSOP from the restructuring process will be repelled.”