Ogoni clean-up will not be defective – HYPREP 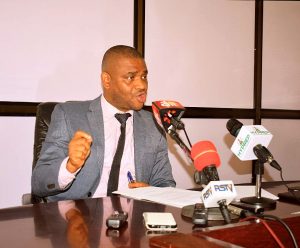 23 January 2019, Sweetcrude, Port Harcourt — The Hydrocarbon Pollution Remediation Project, HYPREP, has assured that ongoing clean-up of oil-impacted sites in Ogoniland will not be defective and that it was in line with international standard set by the United Nations Environment Programme, UNEP.

HYPREP Coordinator, Dr Marvin Dekil, gave the assurance while briefing newsmen on the activities of the agency in  Port Harcourt, stating that contrary to the opinion of critics, HYPREP has not sidelined the UNEP recommendations.

He added that since the clean-up exercise was a project of the Federal Government, all procurement processes adopted by HYPREP for the award of contracts for the remediation works were in line with the Procurement Act of 2007.

He said: “We are pleased to announce to you that 16 contractors have been introduced to 16 sites in the 4 Local Government Areas of Ogoniland and remediation works have commenced.

“HYPREP has in keeping to laid down procedures, followed due process in handling the award of contracts for the clean-up project. Advertisements were placed on 30th April, 2018 for the remediation contracts in Federal Tenders Journal, as well as local and foreign media to reach out for international competitive bidding by contractors.

“At the end of the rigorous procurement process, 21 contractors who qualified to carry out remediation works were invited to a kick-off meeting to enlighten them on how the project will be managed, what is expected of them, engagement of local content, relationship with the host community and other issues that will enhance the smooth running of the project.”

“We shall continue to sensitise the people of Ogoni at every stage of the execution of the project. The Project Coordination Office has put in place a robust communication strategy that enables people in the community have regular interface with the project coordination office”.