Ogoni not ready for oil production yet – MOSOP 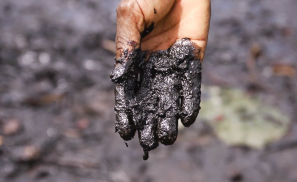 20 November 2017, Sweetcrude, Port Harcourt — The apex Ogoni Socio-cultural group in Rivers State, the Movement for the Survival of the Ogoni People, MOSOP, has hinted that it is not receptive to discussions on the resumption of oil production activities in Ogoniland.

The Publicity Secretary of MOSOP, Mr. Fegalo Nsuke, made this known in Bori while fielding questions from newsmen on the backdrop of the meeting between a new oil operator for Ogoni oilfield, RoboMicheal Limited, and MOSOP which took place last Friday.

Nsuke explained that the position of the Ogoni people was not for oil production to resume in the area for now, but for the complete restoration of oil polluted environments in the area.

He stated that discussions with RoboMicheal Limited was not likely to resolve the Ogoni problem, saying the problems encompasses political, economic and environmental issues far beyond the capacity of any oil operator to resolve.

According to him, “The meeting with RoboMicheal was turned down thrice but was allowed on Friday since some elders of the movement felt we should meet them and get the opportunity to know them, learn about their mission and let them know the position of the Ogoni people on oil resumption in the area at the moment.

“The Ogoni question is not just about oil, it is about the survival of the Ogoni people in Nigeria. It is a case of discrimination which is driving us into extinction.

“It is a problem revolving around government persecution and Shell’s unfair business practices that are dangerous and killing us.

“So, to resolve this, the government and oil operators must talk with us and we come to a mutually beneficial agreement,” Nsuke said.

He further warned that any attempt for the Federal Government to force its way into Ogoni the resumption of oil production will be resisted by the people, saying “it will be dangerous and could lead to conflicts and death of our people who are certainly going to protest such actions.”