on: December 27, 2017In: Community Development, featured 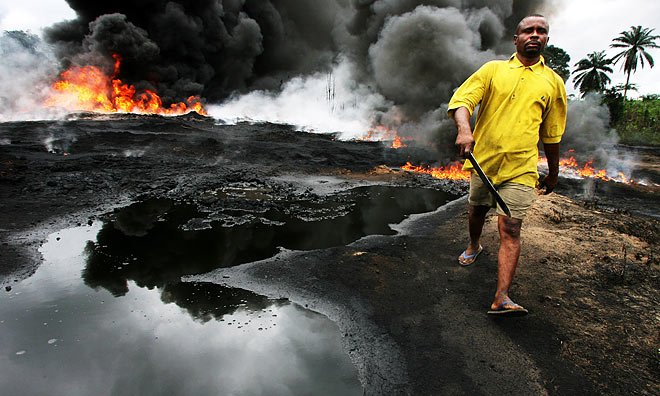 27 December 2017, Sweetcrude, Port Harcourt — A pro-Ogoni group known as the Ken Saro-Wiwa Associates, has accused the Shell Petroleum Development Company, SPDC, of seeking to renew its license for OML 11 oil fields license, in a bid to forcefully resume oil production activities in Ogoniland.

The National Coordinator of the group, Mr. Gani Topba, speaking to our correspondent in Port Harcourt, called on the Federal Government to reject the application by Shell for renewal of its license on Ogoni oil fields.

Topba wondered why the Dutch multinational would be applying for the renewal of its license for the Ogoni oilfields after denying, on several occasions, of having any plans to resume oil production in Ogoni.

He disclosed that he has proof that Shell has submitted its application for renewal of the license for OML11 at the head office of the Department of Petroleum Resources.

“I want to use this medium to call on the President of the Federal Republic of Nigeria and the Minister of Petroleum Resources, the Managing Director of NNPC and Director of DPR to reject in totality Shell’s plan to renew the license for OML11.

“For Shell to put in an application to renew the OML11 license at this point in time where their legal license would expire in 2019 is seriously a point of deceit on the Nigerian state.

“Whereas Shell has said they are no more interested in OML11, on another hand, the same Shell is applying for renewal of the license, who are they deceiving?

“We have proof that an application by Shell has been submitted to DPR’s head office. I urge anyone to go to DPR tomorrow and check for themselves, that the application is there,” he said.

The Coordinator of the Ken Saro-Wiwa Associates also warned that any attempt to forcefully resume oil exploration and production activities in Ogoniland through the back-door without a broad-based discussion with the people will be resisted.

He said, “I call on all the good people of Ogoniland to rise up and say no to Shell on OML11.”