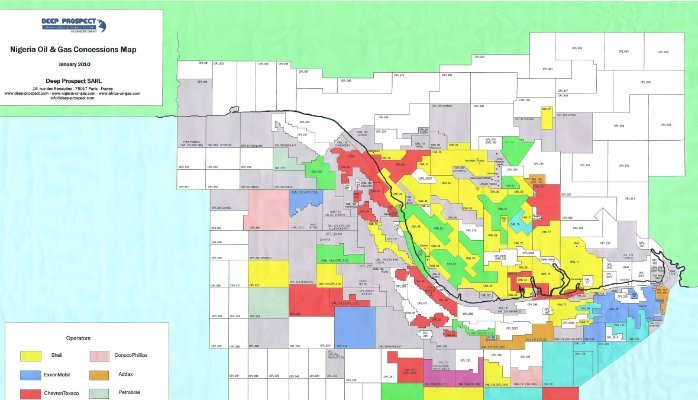 Port Harcourt — The Institute of Chartered Economists of Nigeria has charged Akwa Ibom State government to act with transparency, sustainable and responsiveness in the management of crude oil assets in the state, for the overall benefit of the people, in order to attract investors that would help boost the state’s economy.

This came on the heel of protest by the indigenes of Eastern Obolo Local Government, a host to Utapate field comprising Utapate West 001 and South (001-030) in Akwa Ibom state, against the operator of OML13, Sterling Energy Exploration and Production Company Nigerian Limited, SEEPCO and the Nigeria Petroleum Development Company, NPDC over alleged subterfuge dealings by the former last week.

Leader of the protest, and Akwa Ibom for Transparent Management for Oil and Gas Resource, Mr. Saviour Idem, had said that the dealings of the state government given the secrecy in negotiation have given room for suspicion, over collusion given the activities of oil companies operating in the State without any recourse to social responsibility as obtainable elsewhere.

Speaking in Port Harcourt during an interaction with some indigenes of the State in his office, the Coordinator, Institute of Chartered Economists of Nigeria, South-South, Mr Friday Udoh, regretted that the most vulnerable people with significant wealth of hydrocarbon resources deposit are found in the West African coastline states along the Gulf of Guineas.

Udoh said three structures of oil assets which include reservoir, drilling rigs; and the property which the oil and gas is embedded, qualifies the landowners to demand for transparent dealings and during negotiations, and ensure that the distributional effect affects the stakeholders or those suffered injury equitably due to the negative externalities given the activities across the Exploration and Production business chain.

He described the concept of Global Memorandum of Understanding, GMoU, as inadequate in addressing the problem between the stakeholders, host communities and the operating companies, declaring it as illegal.

“OML 13 is adjudged high yielding asset comprising of Ibibio 1&2, Ikot Abasi, Akata, 1-8, Mkpat Enin Local Government, Ibiotio 1&2 in Onna LGA, Uquo, Kwa Iboe lying between Eket and Ibeno, Akai etc. and in term of contents it is nearing OML11 at Ogoni, Rivers State which operatorship licence has since been revoked and matters pending in court.

“Section 1, Petroleum Act, Cap. P10 Laws of the Federation of Nigeria 2004, Vol. 13. See also, section 44 (3) and item 39 Constitution of Nigeria’s vested the entire ownership and control of all petroleum in, under, or upon any lands to which this section applies shall be vested in the Federal Government.

“By the Nigerian Land Used Act 1978, the property ownership rested on the state through the State governors as the ownership and controls of hydrocarbon rested upon the Federal Government as determined by the implicit law of capturing. In retrospect hydrocarbon resources when not captured –produced in such a manner is incapable of being owned, until captured and reduced into possession forming an important elements of oil and gas agreements.”

According to Udoh, there is no doubt that in most Niger Delta states, some companies produce oil without physically contact offices and the fulfilment of social responsibility requirements, which hitherto should have compensated on the economic, social and related injury sustained by the action and inaction of these companies is absent.

“In Akwa Ibom State alone, there are no fewer than 37 companies undertaking important oil contract across the onshore, offshore, deep and ultra deep water operations without any office. Some E&P firms currently operating along the state coastline and offshore Akwa Ibom territorial water, without office include Tenoil, Afren, Moni Pulo, Amni, TEPNG etc.

“My question to Akwa Ibom state government is, Who is operating Aran 001-003, and 004 and Aran 003 ST 001 offshore lying in OPL094 partly operating by Mobil Producing Nigeria Unlimited, subsidiary of ExxonMobil.

“Also, what happens to OML100, lying in the northern part of Akwa Ibom state and who are the operators on these fields including OML14, which lying along Mbo Local Government Areas, OML123, lying along Oron, the Abnana (OPL 230 ) (Oron and Uruan) , OPL095, OPL097 among others?”

Udoh, however, attributed extensive collaboration among public officials, oil companies and private entrepreneurs, using their position of authority in the society and colluding with the oil firms in exploiting the people, to have been responsible for poverty and the insensitivity of oil firms operating in the state to the plight of the people, notwithstanding the state’s contribution to NDDC.

He added that the secrecy continued, including sponsorship of ill equipped persons for negotiation on the most important issue that affect the lives of Akwa Ibom people.

“From whatever perspective the government sees against the activities of these companies and its contractors, both the government and operators and their contractors must get itself right at ensuring that the common wealth accruing due to oil and gas exploitation is equitable distributed and job provided for the citizens on non discriminatory basis.

“The resources of Akwa Ibom people, like other Niger Delta’s correspond the use of its natural and other resource for tradeoff. All other things being equal which chooses to increase the flow of one service of coastal resources (oil exploration, exploitation and production) implicitly by this action, we are decreasing the flow of another service (e.g nutrients on the soil among other negative externalities). Penultimately, the decision to explore, exploit and produces oil is tied to a decision to damage the terrestrial and aquatic lives.

“Understandably any decision reach by person or group of people within the Coastal, Central Swam, and Greater Ughelli and in the Northern Niger Delta depot belts given the activities of oil companies and in most cases the conduct of some government officials deems right and can be addressed in a court of judgment even as I have written the State government on the issue of sustainability which is yet to be responded.

“Unfortunately, environmental pollution within the Gulf of Guinea basins has caused eutrophication and oxygen depletion in the coastal waterways, particularly around the coastal states, resulting in decreased fish reproduction capacity and increase of waterborne diseases.

“Largely induced by the oil production activities resulted from hazardous waste discharged and severe pollution, deeply rooted in the once-idyllic landscape of the Delta. The damage resulted in the loss of livelihoods through poisoned land and fishing waters, high rates of respiratory disease and illness, disenfranchisement, and despair. As a direct consequence, the people are facing impoverishment.”