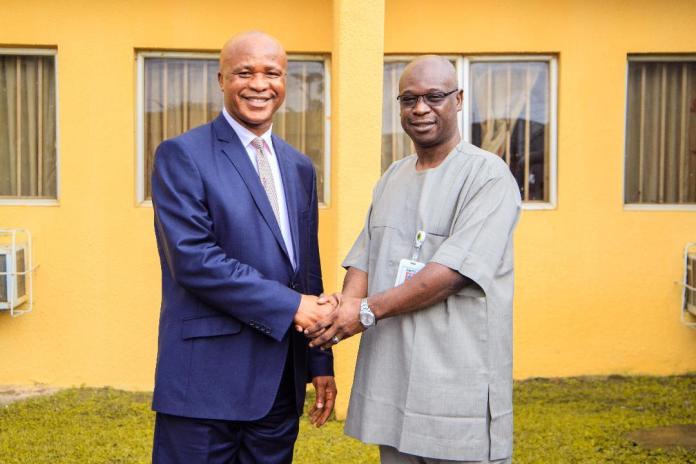 Lagos — The Nigerian Petroleum Development Company, NPDC, – the Upstream subsidiary of the Nigerian National Petroleum Corporation, NNPC, – has sought the collaboration of the Nigerian Police Force, NPF, and the Department of State Services, DSS, towards securing the company’s oil and gas assets across the Niger Delta.

A press release by the Corporation’s spokesman, Mr. Ndu Ughamadu, quoted the Managing Director of the NPDC, Mr. Mansur Sambo as saying that for the company to be able to explore and produce more hydrocarbons towards more revenue generation for the country, there was the need for synergy with the security agencies.

Sambo, who was on his first official visit to the offices of the Assistant Inspector General of Police, Zone 5 and the Edo State Director, State Security Service in their various offices at Benin City, recently, said for an organization like the NPDC, nothing beats a safer and secure environment.

“Our mandate in NPDC is to increase the company’s oil and gas production volume in order to generate more revenue for the country. This objective will only be achieved in a safe and secure environment,” Sambo observed.

Describing security as a major global challenge for the oil and gas industry, Sambo said as a responsible organisation, NPDC was committed to building a safer workplace, not just for NPDC staff and installations alone but also for all our stakeholders.

“I call on you to explore more sustainable ways of ensuring the safety and security of NPDC staff and installations at all times” Sambo noted.

The MD, who explained that NPDC could not succeed in isolation, added that the company must share the challenges by building strong partnerships to further improve on its safety culture going forward.

According to him, he has, since coming on board a few months ago, made security a top priority agenda for the company, which is adjudged the largest indigenous oil company.

The MD also assured that NPDC as a socially responsible company would continue to discharge its duties to its host communities by providing infrastructures that would attract development within its areas of operation.

In their separate responses, the Assistant Inspector General of Police Zone 5, Mr. Dibal Yakadi and the Director of the Department of Security Services (DSS) Edo State Command, Barrister Brown Ekwoaba assured the new NPDC Management of their readiness to safeguard NPDC staff and installations and thus make the company more profitable for the benefit of Nigeria.