Oil bulls aren’t out of the woods yet 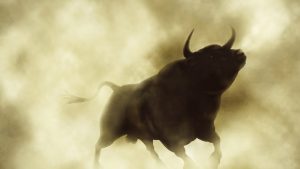 04 August 2017, London — Oil investors seem to buy the idea that recovery is finally underway after three years of gluts, but a price boom seems unlikely as the options market shows that at least until OPEC’s supply deal expires, producers will pounce on any rallies.

The oil price LCOc1 has gained about 20 percent in the last two months to above $52 a barrel, doggedly posting higher highs and higher lows, which would suggest this rally is more robust than the recoveries seen in March and May this year.

“It has been a good rally since June but now crude oil has to prove that it can break its downtrend channel,” Petromatrix analyst Olivier Jakob said.

Investors have been rattled by nagging doubt about the ability of the Organization of the Petroleum Exporting Countries and its partners to stick with a pledge to restrict output by 1.8 million barrels per day until March, especially given resurgent output from Libya and Nigeria, which are exempt.

A 10 percent rise in U.S. production this year and the painfully slow decline in global oil inventories, which OPEC says must return to their longer-term average before the output restriction can disappear, has fed trader and investor scepticism.

Since OPEC and its 11 partners, including Russia, began curtailing production in January, oil inventories across the world’s most developed nations have risen by around 40 million barrels and are still some 200 million barrels above their five-year average, OPEC’s target.

However, year-on-year, inventories have fallen for two months in a row, marking the first annual declines in stocks in over three years, according to data from the U.S. Energy Information Administration.

The premium of oil for delivery in December this year compared with December next year has fallen to just 62 cents, from nearly $2.50 at the start of July.

The so-called “Dec/Dec” spread traded at an average premium of nearly $4.00 a barrel from late 2014 to early this year, when that structure turned negative after OPEC and its partners in late 2016 reached their historic decision to cut supply.

But a seemingly relentless rise in global inventories and disenchantment with OPEC’s ability to rein in exports as well as output drove the Dec/Dec spread to its widest in nine months by June.

PLENTY OF “VROOM” FOR IMPROVEMENT
The second half of the year typically marks a season of strong demand for refined products as drivers take to the roads.

U.S. fuel inventories, the most visible, have fallen by around 10 percent since hitting record peaks earlier this year, but this trend will have to continue to persuade longer-term investors, and OPEC itself, that the long-awaited stock draw is truly underway.

In the last month, funds have cut their combined bearish holdings of Brent and West Texas Intermediate futures and options by more than 40 percent to their lowest in three months.

“U.S. crude oil inventories have started to seasonally decline, but I think funds are probably going to wait and see where we stand at the end of the summer before going long again,” BNP Paribas head of commodity strategy Harry Tchilinguirian said.

“Interestingly enough, OPEC too will be waiting for the end of the summer to evaluate the impact of its supply cuts and judge what to do for the balance of the period of output restraint that runs to March next year.”

There are a few warning signals still keeping investors cautious over the resilience of this summer’s rally.

One tell-tale sign of producers locking in their future oil sales, which can dampen price rallies, is an increase in implied volatility on sell, or put, options relative to that for buy, or call options.

Implied volatility is one way of measuring how popular an option is at any given time.

The difference in implied volatility for put options with strike prices that are close to the current underlying Brent futures price expiring in six months’ time over that for calls has reached its largest in two months.

It hit a one-year low shortly after OPEC and its partners agreed in May to extend their supply deal to March 2018.

“Front-month crude oil prices are currently trending higher, buoyed by robust seasonal product demand, and tentative evidence that OECD stocks may be drawing closer to their five-year average. On the back of this trend … longer-dated options continue to meet sustained producer hedging,” Societe Generale said in a note.

Goldman Sachs equity analysts, who expect the global oil market to show a surplus next year when new projects come on stream, said recent stock draws were a good start.

“But we believe additional data points – particularly from OECD inventories – are needed, and we are not out of the woods yet.”