17 November 2018, London — The International Energy Agency published its World Energy Outlook this week, its annual effort at revising assessments of future demand for and supply of fuels and electricity.

There’s a familiar theme within it: The IEA expects more renewable-energy use in the future than it did in last year’s outlook, which was more than it forecast in the 2016 outlook. There’s also something noteworthy on transportation: The IEA is calling the top on oil demand from cars.

According to the report:
Oil use for cars peaks in the mid-2020s, but petrochemicals, trucks, planes, and ships still keep overall oil demand on a rising trend. Improvements in fuel efficiency in the conventional car fleet avoid three-times more in potential demand than the 3 million barrels per day (mb/d) displaced by 300 million electric cars on the road in 2040.

It’s noteworthy when a long-term projection calls the top on demand for something as fundamental as a component of global oil demand. But demand for oil consumed for transportation is already waning in certain markets and segments.

One place is in buses. Electric buses will displace about 233,000 barrels of oil demand a day by the end of the year. Add in the much smaller displacement from electric cars, and there’s 279,000 barrels a day displaced — about as much oil as Greece consumes per day.

Another is Europe. As Bloomberg Intelligence’s Rob Barnett notes, the latest figures from Germany show demand for diesel fell 9 percent in the first half of the year. The influence of Green Party lawmakers will dent demand further.

Then there’s Italy, where demand for gasoline has fallen by nearly half since 2005. 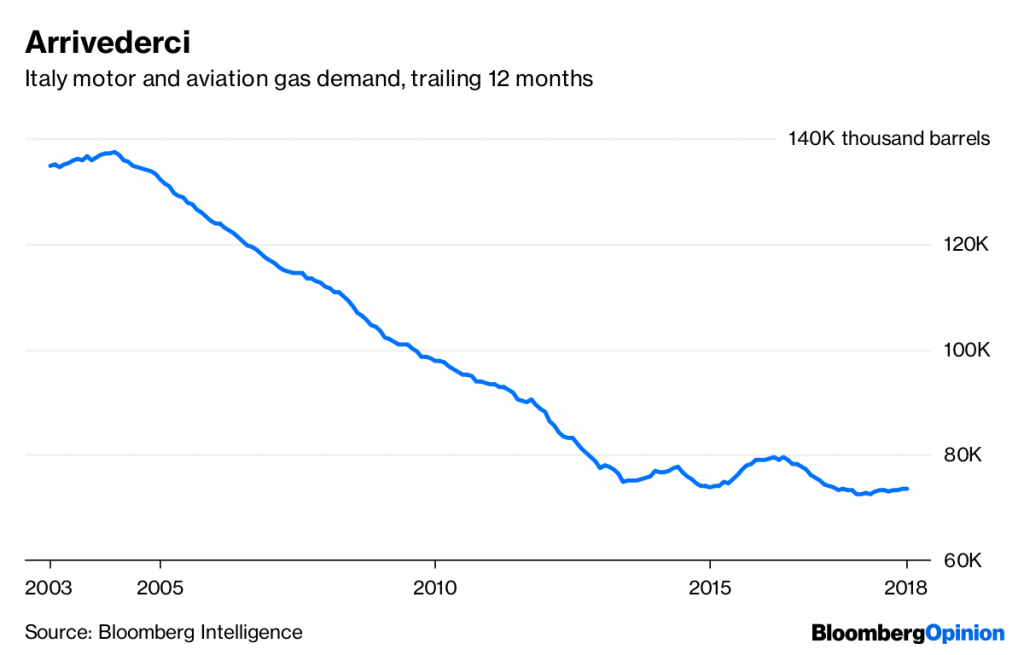 Automobiles are devices of culture and behavior, both of which can change quicker than a long-term energy-modeling exercise would suggest. You can see the latter in Tesla Model 3 sales in the U.S. this year: The Model 3 is now more popular than the entry-level luxury offerings of Audi, BMW and Mercedes-Benz combined. 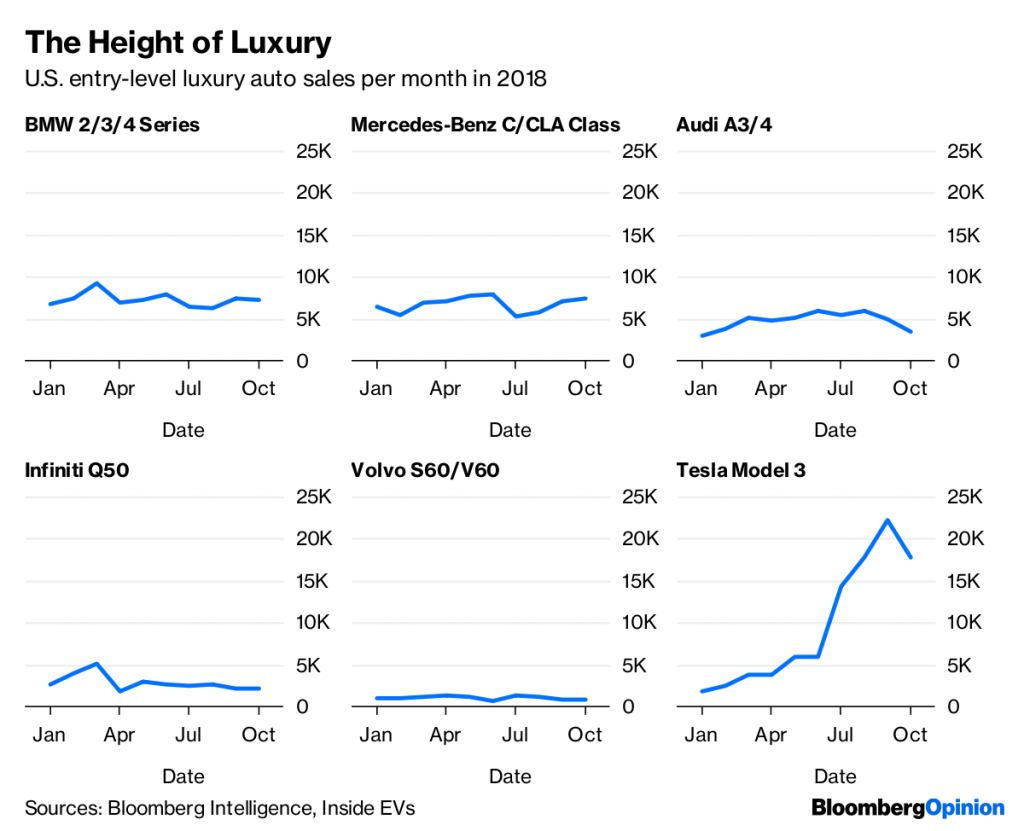 Cars are devices of regulation, too, and nowhere is regulation’s force more apparent than in China. Starting in January, all major domestic and foreign manufacturers operating in the country must meet the minimum requirements for electric, hybrid and fuel-cell vehicles. China is the world’s biggest auto market, and nudging its demand for electric vehicles even slightly higher could have significant impacts on oil demand. At the moment, most Chinese electric vehicles are confined to the domestic market and have “zero brand value outside of China,” per Macquarie Capital’s Janet Lewis. That probably won’t last forever, though, and if global buyers take to Chinese-made electric vehicles, it will mean more barrels of oil that aren’t needed for cars.