Evergreen
Home Oil Oil-Dependent? No. Only dependent on… Crude!

Oil-Dependent? No. Only dependent on… Crude! 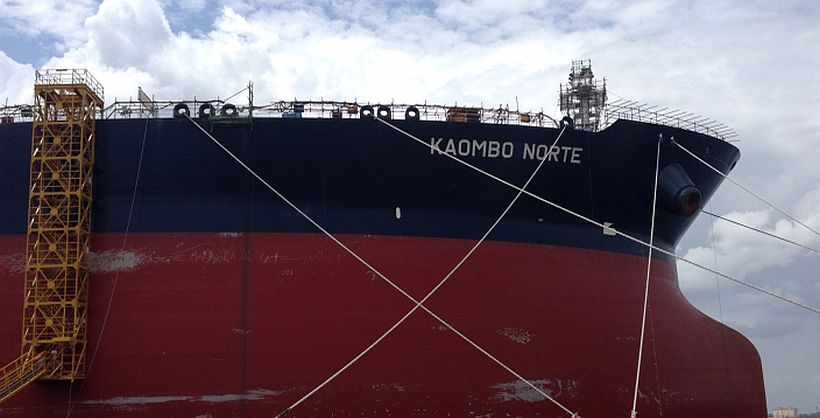 18 October 2018, Sweetcrude, Luanda, Angola —The Angolan government has committed itself to deliver the equivalent of 20,000 barrels of crude to Brazil every day, as part of the negotiations for a new Brazilian finance line and export credit insurance worth two billion dollars.

A protocol of understanding was signed between the two governments and published through a presidential decree in Angola this month, establishing the “criteria for concession” to Angola of Export Credit Insurance (ECI), within the scope of the Export Guarantee Fund (EGF), and backed up by “interest rate equalization using resources from the Export Financing Program (Proex)”, the document explains.

The new agreement specifically stipulates an “additional exposure” of the Brazilian State, of two billion dollars (1,720,000,000 euros), to guarantee export credit insurance of goods and services from Brazil to Angola.

“The Angolan government will indicate the operations that will be analyzed by the Brazilian government,” states the same document, adding that the bank credit for these exports will also be guaranteed “in specific financial conditions.”

In exchange, in line with the agreement, “the Republic of Angola undertakes to maintain the financial flow relative to the annual supply of 20,000 barrels/day of crude oil, delivered preferably through one load every 45 days, meaning two loads each quarter.”

The return of these deliveries will be managed by the Bank of Brazil, acting as the agent for the Federative Republic of Brazil, and will be used in the “amortization” of the Angolan debt due, through the establishment of deposits for amortization of debt due. The plan is for “the final balance to be returned to Angola for free use of the resources by the government of the country.”

Angolan oil production grew in September by the equivalent of 57,000 barrels a day compared to August, as it remained the second biggest African producer, behind Nigeria, according to data from the Organization of the Petroleum Exporting Countries (OPEC).

According to OPEC’s last monthly report, in September Angola reached a daily production of 1.519 million barrels of crude, compared to 1.462 million the previous month, using data based on the organization’s secondary sources.

More of the same: asking for credit

The president approved, by presidential order, a new financing agreement with the British management firm Gemcorp, the second in three months, which may reach up to 430 million euros.

In March, another financing agreement contracted from Gemcorp was approved by the Angolan president for the overall amount of 500 million dollars (430 million euros), “with the possibility to increase it” to double that amount.

The financing in question shall be used for importation by Angola of goods and equipment not specified in the same document, dated 2 March, which did not add further information about the binding conditions for the Angolan State in this agreement.

In the previous month, February, Angola announced plans for a special issue of 500 million dollars in foreign currency this year, precisely to repay a debt to the British fund, Gemcorp. The information is in the government’s Annual Debt Plan for 2018, which outlines the issue of Foreign Currency Treasury Bonds in the name of the National Bank of Angola, to repay the Gemcorp debt.

“This operation falls within the issue limits defined in the 2018 State Budget,″ says the Ministry of Finance document.

Gemcorp has financed the Angolan State since 2015, granting it several loans. This year, the credit of 250 million dollars (215 million euros) was approved, allocated at the start of the financial crisis caused by a fall in the price of oil, among other factors.

At the end of 2017, Gemcorp agreed to a loan of 150 million dollars (129 million euros) to cover the deficit in the investment to build the Laúca Hydroelectric Power Plant, the biggest dam in Angola.

Your excellency the king… oil

The Angolan minister for Economic and Social Development said in Luanda, in June, that resources generated by oil should be used to fund the diversification of the domestic economy.

Manuel Nunes Júnior said at the Advisory Committee of the Ministry of Mineral and Petroleum Resources that between 2013 and 2016 the Angolan oil sector had returned negative growth rates, apart from in 2015, because of operational problems such as the maintenance of installations and equipment, the natural decline of the production fields and the delayed start of production of new fields.

“We need to reverse this situation by swiftly applying the legislation recently approved in the area of petroleum and gas, increasing the recuperation rates and relaunching exploration in general,” said Manuel Nunes Júnior.

According to the Economic and Social Development Minister, although the weight of the oil sector in the national economy has reduced, this reduction has not yet translated into a structural change in the State’s exports and revenues, especially revenues in foreign currency.

“So much so that when the oil price drops sharply on the international market, it has an extremely severe negative impact on our whole economy,” said the minister, emphasizing that the solution is to diversify the domestic economy.

The Angolan government member also pointed out the need to accelerate the production of non‑associated natural gas for supply to LNG, an Angolan gas plant.

In turn, the minister for Natural Resources and Petroleum, Diamantino Pedro Azevedo, said that since he has taken office, in September 2017, he has focused on urgent action to solve the critical situation the oil industry was going through at the time because of the low oil price, as well as frustrations felt by the oil companies that operate in Angola caused by excessive bureaucracy, failure to fulfill commitments and financial obligations, and a lack of investment in exploration to increase reserves, among other factors.