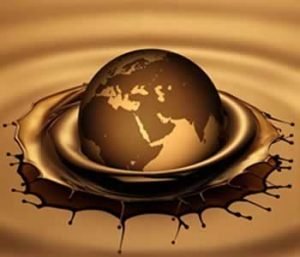 New York — Oil prices fell for a third day on Tuesday, as moves by Germany, France and other European states suspended the use of a major coronavirus vaccine, which threatens the recovery of fuel demand.

Earlier this month, Brent reached its highest since early 2020, while U.S. crude hit a 2018 high.

Germany, France and Italy said they would suspend the use of the Oxford/AstraZeneca vaccine after reports about possible serious side effects, although the World Health Organization said there was no established link to the vaccine.

The moves deepen concerns about the slow pace of vaccinations in the European Union that could hurt an economic recovery and fuel demand.

“For oil demand to fully recover, a successful and rapid inoculation of the global population needs to take place” said Bjornar Tonhaugen, Rystad Energy’s head of oil markets. “Before the recent setback, there was positivity that the campaigns under way were on the right track.”

The pandemic eviscerated demand for oil. Prices have recovered to levels seen before the global health crisis, but gains have been capped as vaccine rollouts have proceeded slowly in many countries.

In the United States, crude inventories are also rising as refineries have taken time to recover fully from a mid-February deep freeze in Texas that halted their operations.

“Short-term direction will be set by the weekly U.S. inventory reports,” PVM analysts said in a note, adding that the dollar’s strength against other currencies also weighed on the oil price.

Analysts expect another week of gains in crude stockpiles when the American Petroleum Institute, an industry group, reports on inventories later on Tuesday.

U.S. refiners are scaling back on hiring ships for longer periods to save on costs in another sign of uncertainty over when global oil demand will return to pre-COVID levels, shipping and trade sources said.