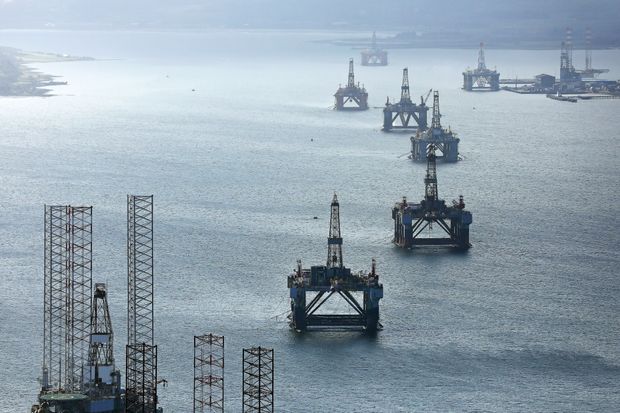 SINGAPORE — Oil rose for a third session as an industry report showed American inventories shrank and as optimism over a partial U.S.-China trade deal grew.

Futures rose as much as 0.7% in New York, extending gains as trading resumed after the Christmas break. Prices are up more than 11% in December, on pace for the largest monthly gain in almost a year. U.S. stockpiles dropped 7.9 million barrels last week, Reuters reported, citing American Petroleum Institute data. China data on Wednesday showed imports of U.S. soybeans surged to the highest in about two years, while President Donald Trump said a trade pact between the two nations is “done.”

Oil has surged 35% so far this year as the world’s two largest economies made a breakthrough on an initial trade deal. The Organization of Petroleum Exporting Countries and its allies also extended their agreement to reduce output, while oil production growth in the U.S. tapered off and stabilized at a lower level.

“Oil futures are rising amid expectations that the U.S. and China will sign the first phase of their trade deal in the near future,” said Sergey Suverov, a senior analyst at BCS Asset Management in Moscow. “The recent U.S. economic data also indicate that risks of an imminent recession in the nation’s economy have become less prominent, which also adds to the optimism of oil traders.”

West Texas Intermediate for February delivery climbed 15 cents to $61.26 a barrel on the New York Mercantile Exchange as of 12:29 p.m. in Moscow. Markets were closed on Wednesday for the Christmas holiday.

Brent for February settlement rose 16 cents to $67.36 a barrel. The contract closed 81 cents higher at $67.20 on Tuesday, increasing about 8% so far this month. The spread between Brent and WTI for the same month traded at $6.09.

API’s reported decrease in American crude stockpiles last week would be the largest since August if confirmed by government data on Friday. A median forecast of nine analysts in a Bloomberg survey showed a smaller drop of 1.5 million barrels, while inventories in the oil storage hub of Cushing, Oklahoma, were expected to decline for a seventh week.

China’s inbound shipments of soybeans from the U.S. climbed to 2.6 million tons last month, the highest since March 2018. President Trump said the U.S. and China are working on the translation and paperwork and suggested that the two sides will sign the deal before a meeting with his Chinese counterpart Xi Jinping.