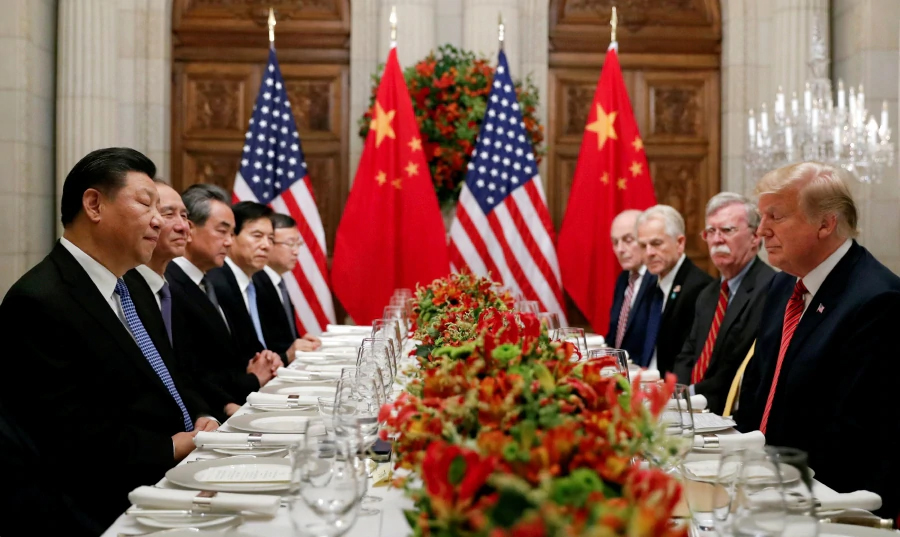 *US President Donald Trump and China’s Xi Jinping agreed Saturday to suspend any new tariffs in the escalating trade war between the world’s two largest economies.

13 January 2019, New York —Oil prices fell nearly 2 percent on Friday as investors worried about a global economic slowdown, snapping a nine-day winning streak spurred by U.S.-China trade hopes, but clung to some gains from that rally to end the week higher.

Still, both benchmarks saw their second week of gains, with Brent rising about 6 percent and WTI up about 7.6 percent.

Rising expectations that an all-out trade war between Washington and Beijing might be averted supported markets earlier in the week. Three days of talks between the two economic superpowers concluded on Wednesday with no concrete announcements, but higher-level discussions may convene later this month.

Market participants remained cautious about a slew of recent economic data that has raised concerns about a global economic slowdown.

China plans to set a lower economic growth target of 6-6.5 percent in 2019 compared with last year’s target of “around” 6.5 percent, policy sources told Reuters, as Beijing gears up to cope with higher U.S. tariffs and weakening domestic demand.

“If we experience an economic slowdown, crude will underperform due to its correlation to growth,” said Hue Frame, portfolio manager at Frame Funds in Sydney.

On the supply side, oil markets have received support from supply cuts by the Organization of the Petroleum Exporting Countries and non-OPEC members including Russia. The deal is aimed at shrinking a glut that emerged in the second half of 2018.

Russia has reduced its oil production to 11.38 million barrels per day (bpd) on average on Jan. 1-10 from a record high of 11.45 million bpd last month, a source familiar with the data told Reuters on Friday.

Lower oil exports from Iran since November, when U.S. resumed sanctions against the OPEC producer, have also supported crude.

Playing a key part in the emerging glut was the United States, where crude oil production C-OUT-T-EIA has soared to a record 11.7 million barrels per day.

Wall Street rallies for 5th day
Consultancy JBC Energy this week said it was likely that U.S. crude production was “significantly above 12 million bpd” by this month.