Oil falls on fears of a global economic downturn 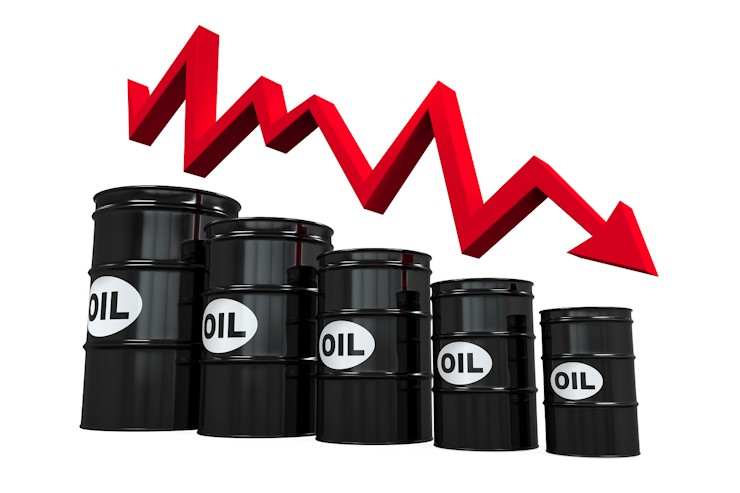 London — Oil prices fell on Monday amid worries about a global economic slowdown and the ongoing U.S.-China trade war, which has reduced demand for commodities such as oil.

International benchmark Brent crude futures were at $58.00 a barrel by 1044 GMT, down 53 cents from their previous settlement.

U.S. West Texas Intermediate (WTI) futures were at $53.69 per barrel, down 81 cents from their last close.

Both benchmarks fell last week, with Brent losing more than 5% and WTI falling about 2%.

Although the third quarter is fundamentally the strongest season for oil demand as drivers take to the roads for summer holidays, the trade dispute between the United States and China has weakened demand and reduced crude prices.

U.S. President Donald Trump said on Friday he was not ready to make a deal with China and even called a September round of trade talks into question.

“Despite the laundry list of disruptions and additional barrels at risk, investor length is currently near a multi-year low.”

The International Energy Agency (IEA) said on Friday mounting signs of an economic slowdown had caused global oil demand to grow at its slowest pace since the financial crisis of 2008.

Germany’s Ifo economic institute said its quarterly survey of nearly 1,200 experts in more than 110 countries showed that its measures for current conditions and economic expectations have both worsened in the third quarter.

However, Kuwait’s Oil Minister Khaled al-Fadhel said fears of a global economic downturn, which have pressured oil prices, were “exaggerated”, and global crude demand should pick up in the second half, helping to gradually reduce oil inventories.

OPEC members continue to cut production to drain global oil stocks, with the Saudis cutting more than their agreed quota, but analysts said more reductions were needed to support prices due to a fall in demand and non-OPEC supply growth next year.

“If OPEC cuts are merely extended through 2020, prices are going to fall further from current levels,” Bernstein Energy said in a note on Monday.

“We believe that OPEC needs to cut by a further one million barrels per day in 2020 if they are to defend oil prices at $60 a barrel.”

India’s imports of crude oil have also stalled in recent months, tallying with weaker economic growth in the country.