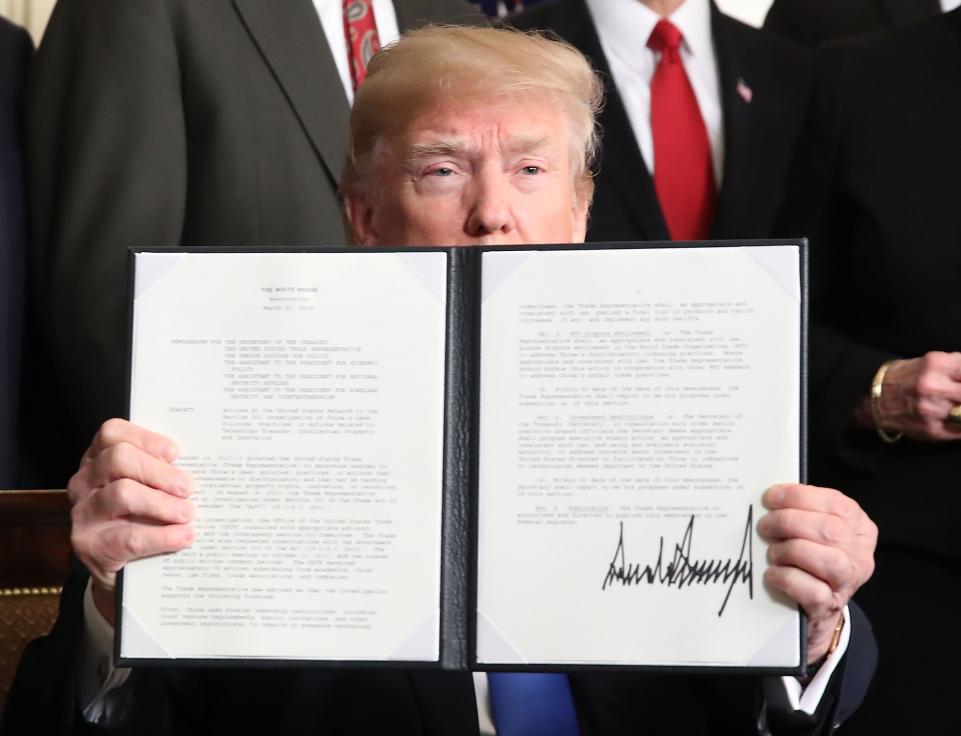 Trump said on Thursday he had ordered U.S. trade officials to consider tariffs on an extra $100 billion of imports from China, escalating tensions with Beijing.

“There is a risk for oil prices that China uses the bazooka option it has on U.S. crude oil exports. China is the main importer (after Canada) of U.S. crude oil, to the tune of about 400,000 barrels per day,” Petromatrix said.

“If China was to impose counter tariffs on U.S. crude, it would become quickly very heavy for the U.S. supply and demand picture, resulting in U.S. crude oil price pressure that would have a negative impact on global oil prices.”

U.S. West Texas Intermediate crude for May delivery CLc1 was down 55 cents at $62.99 a barrel.

Both are headed for their biggest weekly fall since early March.

Giving some support to prices, the Energy Information Administration (EIA) reported a 4.6-million-barrel draw in U.S. crude inventories last week, compared with analysts’ expectations for an increase of 246,000 barrels. [EIA/S]

“Any meaningful change to the perception regarding future trade issues will most likely trump the potential effects of short-term variations to oil fundamentals,” JBC said.

Meanwhile, Asian oil traders were struggling to understand how Saudi Arabia derived its official selling prices for May after it unexpectedly raised the price for its flagship Arab Light crude sold to Asian refiners.

The Organization of the Petroleum Exporting Countries and some non-OPEC producers including Russia are committed to cutting output by around 1.8 million barrels per day through the end of 2018 in a bid to clear a global overhang and support prices.

Russia said its cooperation with OPEC might become an indefinite arrangement.

OPEC and its allies should keep the cuts to ensure healthy price levels as a way to boost investment in the industry and avoid a supply and price shock in the long run, Qatar’s energy minister said.