Oil firms pull staff from offshore platforms ahead of hurricane 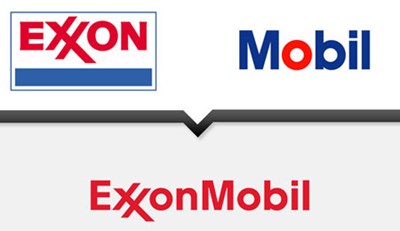 The National Hurricane Center forecast the storm would become at least a Category 3 hurricane on the five-step Saffir-Simpson scale before making landfall Wednesday on the U.S. Gulf Coast. Category 3 storms have sustained winds of 111 to 129 miles (178 to 208 km) per hour.

BP said it shut in production at four platforms and that drilling rigs are taking steps to withstand the storm. The platforms evacuating personnel and shutting in production include BP’s Atlantis, Mad Dog, Na Kika and Thunder Horse facilities, the company said.

Norwegian state oil firm Equinor evacuated its Titan production platform and Exxon removed staff from its Lena production platform, spokespeople for the companies said. Exxon said it did not expect the staff reduction to affect output.

Hess Corp, Royal Dutch Shell and Anadarko Petroleum Corp said they were monitoring the storm and would take actions as needed. Shell was securing some drilling operations on Monday but facilities were still staffed and operating, spokeswoman Kimberly Windon said.

The storm is tracking east of major oil lease areas, limiting its effect on production, said John Tharp, operations supervisor at Weather Decision Technologies. Producers should still expect 15- to 20-foot waves, “enough to be disruptive of oil production operations,” west of the storm track, he said.

The storm’s current path takes it away from refinery-heavy areas of the central and western Gulf Coast.

Shipping ports, including Gulfport and Pascagoula, Mississippi; Mobile, Alabama; and Pensacola, Florida, were open on Monday, but the U.S. Coast Guard warned of gale-force winds in the next 48 hours.

Over 45 percent of U.S. refining capacity is located along the Gulf Coast, along with 51 percent of the nation’s natural gas processing plant capacity, the EIA said.

Production platforms are permanently attached to the sea floor and cannot be moved. Rigs, used for exploration, can be towed out of harm’s way during a storm. (Reporting by Gary McWilliams; Editing by Jonathan Oatis and Dan Grebler)